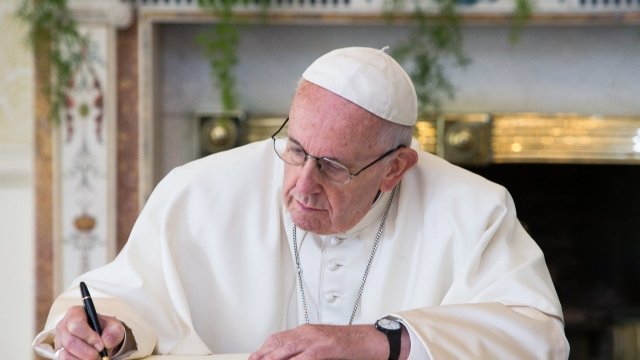 Survivors of child sexual abuse have organized protests throughout the pope's visit to the predominantly Catholic country.

Pope Francis is in Ireland at the start of a 32-hour-long visit that has already drawn protests.

The pope arrived in Dublin on Saturday morning and has already met with the country's leaders, Taoiseach Leo Varadkar and President Michael Higgins.

Survivors of abuse by Catholic clergy in the country are staging protests throughout the pope's visit. In addition to child sexual abuse, there are also allegations that church-run institutions abused women.

The pope's visit comes little more than a week after a Pennsylvania grand jury published a report revealing more than a thousand instances of clergy sexual abuse. That report has led to subsequent investigations in Illinois and Missouri.

Pope Francis used the occasion of his first speech in the country to express his shame about those abuses. The pope said, "These appalling crimes have rightly given rise to outrage and remains a source of pain and shame for the Catholic community."

The pope is also meeting with Irish abuse survivors during his visit, something he has said he does regularly at the Vatican.

John Paul II was the last pope to visit Ireland, back in 1979. More than one million people attended his mass at Phoenix Park in Dublin, where Pope Francis will preach on Sunday.