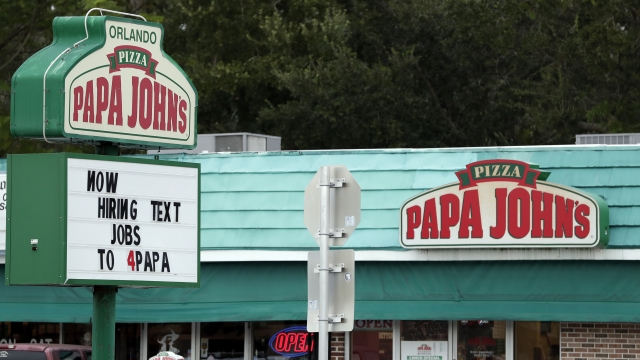 The pizza chain has already hired 20,000 people since the start of the pandemic.

Papa John's says it's going to hire 10,000 more workers over the next few months to keep up with demand. That's on top of the 20,000 people it's hired since the pandemic began.

Papa John's has seen more demand for its pizza as more people are staying home because of the coronavirus.