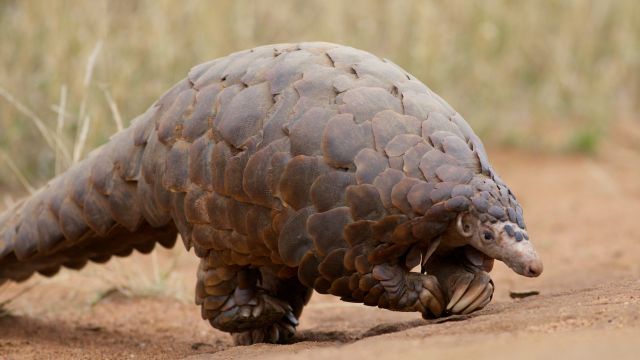 Meet the pangolin. It's a scale-covered mammal found in Asia and Africa that eats ants and termites.

It's also the most trafficked mammal in the world.

Female pangolins only reproduce once a year — but as many as 100,000 pangolins are being poached annually.

Pangolins are considered extremely valuable because of their meat and scales. Some believe the scales, which are made of keratin, can even cure cancer.

As a result of poaching, all eight pangolin species are being threatened, ranging from vulnerable to critically endangered.

The Convention on International Trade in Endangered Species of Wild Fauna and Flora is meeting in South Africa this week. One item on its agenda? Considering a ban on commercial international trade of all pangolin species.