Panel Outlines Trump Strategy In Run Up To Capitol Riot 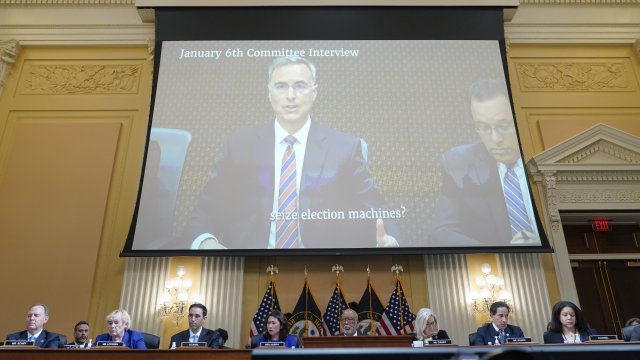 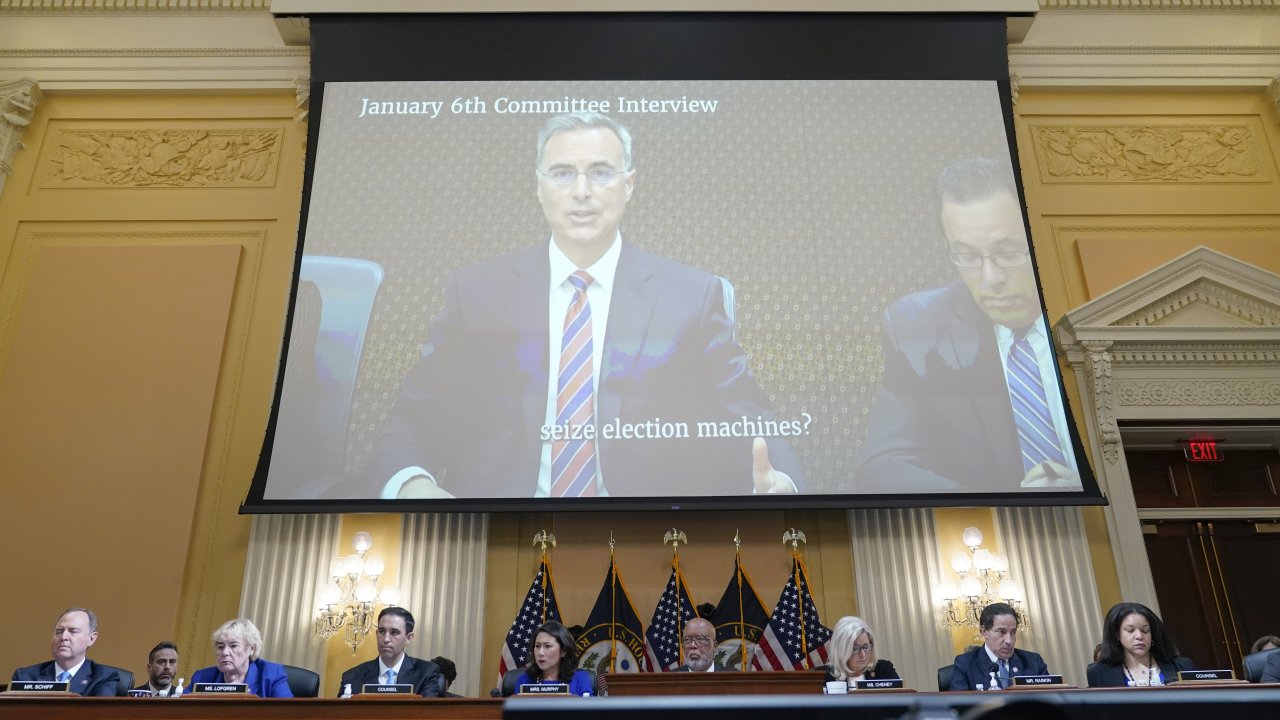 Abruptly raising the question of witness tampering, the Jan. 6 committee revealed Tuesday that Donald Trump had attempted to contact a person who was talking to the panel about its investigation of the former president and the 2021 attack on the Capitol.

“We will take any effort to influence witness testimony very seriously,” said Rep. Liz Cheney, R-Wyo. She said the committee had notified the Justice Department.

The person Trump tried to contact declined to answer or respond to his call, Cheney said. Instead the person alerted their lawyer who contacted the committee.

The disclosure by Cheney was not the first time the panel has raised concerns about witnesses being contacted by Trump's team in ways that could reflect or at least create the appearance of inappropriate influence. It divulged examples last week of other times witnesses have received outreach from Trump allies, some suggesting he was aware they were talking to the committee, ahead of testimony before the panel.

A Trump spokesperson did not immediately respond to a request for comment.

The hearing Tuesday was the seventh for the Jan. 6 committee. Over the past month, the panel has created a narrative of a defeated Trump “detached from reality,” clinging to false claims of voter fraud and working feverishly to reverse his election defeat. It all culminated with the attack on the Capitol, the committee says.

Tuesday's session revealed details of an “unhinged” late night meeting at the White House with Donald Trump’s outside lawyers suggesting the military seize state voting machines in a last-ditch effort to pursue his false claims of voter fraud before the defeated president summoned a mob to the U.S. Capitol.

The committee investigating last year's attack at the Capitol is working to show how far-right extremists answered Trump's call to come for a big rally in Washington. As dozens of lawsuits and his claims of voter fraud fizzled, Trump met late into the night of Dec. 18 with attorneys at the White House before tweeting the rally invitation — “Be there, will be wild!” Members of the Proud Boys and Oath Keepers groups are now facing rare sedition charges over the siege.

“This tweet served as a call to action -- and in some cases a call to arms.” said one panel member, Rep. Stephanie Murphy, D-Fla.

“That's not how we do things in the United States,” Cipollone testified.

Another aide called the meeting “unhinged.”

Cipollone and other White House officials scrambled to intervene in the late-night meeting Trump was having with attorneys Sidney Powell and Rudy Giuliani, retired national security aide Michael Flynn and the head of the online retail company Overstock. It erupted in shouting and screaming, another aide testified.

“Where is the evidence?" Cipollone demanded of the false claims of voter fraud.

"What they were proposing, I thought, was nuts," testified another White House official, Eric Herschmann.

But Trump was intrigued and essentially told his White House lawyers that at least Powell and outside allies were trying to do something.

“You guys are not tough enough,” Giuliani in video testimony recalled the president telling the White House attorneys. “You guys are p——-,” he said, using crass language.

As night turned to morning, Trump tweeted the call for supporters to come to Washington on Jan. 6, when Congress would be tallying the Electoral College results. “Be there. Will be wild,” Trump wrote.

The panel showed graphic and violent text messages and played videos of right-wing figures, including Alex Jones, and others laying out that Jan. 6 would be the day they fight for the president.

In vulgar and often racist language the messages beaming across the far-right forums planned for the big day that they said Trump was asking for in Washington. It would be a “red wedding,” said one, a reference to mass killing. “Bring handcuffs."

Several members of the U.S. Capitol Police who fought the mob that day sat stone-faced in the front row of the committee room.

At the witness table to testify in person was Jason Van Tatenhove, an ally of Oath Keepers leader Stewart Rhodes. Another witness was Stephen Ayres, who pleaded guilty last month to disorderly and disruptive conduct in a restricted building. He has said that on Jan. 2, 2021, he posted an image stating that Trump was “calling on us to come back to Washington on January 6th for a big protest.”

The committee is probing whether the extremist groups, including the Proud Boys, Oath Keepers and QAnon adherents who had rallied for Trump before, coordinated with White House allies for Jan. 6. The Oath Keepers have denied there was any plan to storm the Capitol.

The committee began the second half of the hearing making connections between Trump allies Flynn and Roger Stone and the extremist groups who were preparing to come to Washington.

It showed showing a picture of Rhodes, the Oath Keeper leader, walking with Flynn, the former national security aide to Trump, outside the Capitol at some point.

This was the only hearing this week, as new details emerge. An expected prime-time hearing Thursday has been shelved for now.

This week's session comes after former White House aide Cassidy Hutchinson provided stunning accounts under oath of an angry Trump who knowingly sent armed supporters to the Capitol on Jan. 6 and then refused to quickly call them off as violence erupted, siding with the rioters as they searched menacingly for Vice President Mike Pence.

Trump has said Cassidy's account is not true. But Cipollone at Friday's private session did not contradict earlier testimony. Raskin said the panel planned to use “a lot” of Cipollone's testimony.

The Proud Boys have said their membership grew after Trump, during his first debate with Biden, refused to outright condemn the group but instead told them to “stand back and stand by.”

The Oath Keepers had also been organizing for Jan. 6 and established a “quick response force” at a nearby hotel in Virginia, according to court filings.

The panel also noted that many of the Trump supporters who stormed the Capitol appeared to be QAnon believers. Federal authorities have explicitly linked at least 38 rioters to the pro-Trump conspiracy theory, according to an Associated Press review of court records.

One of the most recognizable figures from the attack was a shirtless Arizona man who called himself the “QAnon Shaman,” carried a spear and wore face paint and a Viking hat with fur and horns.

The panel has shown, over the course of fast-paced hearings and with eyewitness accounts from the former president's inner circle, that Trump was told “over and over," as Vice Chair Liz Cheney, R-Wyo., said, that he had lost the election and his claims of voter fraud were just not true. Nevertheless, Trump summoned his supporters to Washington and then sent them to the Capitol in what panel Chairman Bennie Thompson, D-Miss., has called an “attempted coup.”