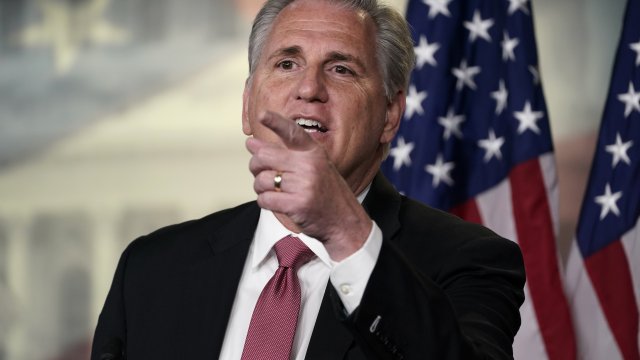 Let's turn quickly to the house. One of the newest members made quite the splash. Marjorie Taylor Greene. She could be stripped of her seat on the education panel. What action is being taken today with regards to that?

Well, really two things that people are going to have their eyes on today. One is the house rules committee meeting that is happening at 3:00 this afternoon. They are considering a resolution to remove Marjorie Taylor Greene from her two budget -- from her two committee assignments, both the budget committee and the education and labor committees. Also happening today, Republican conference is meeting as a whole. That meeting was originally scheduled to discuss representative Liz Cheney one of few Republicans who voted for former President Trump's second impeachment and one of the top leaders in the Republican leaders in the Republican party. I would expect Greene and Cheney to come up in the Republican conference meeting today. Opinions vary on capitol hill. Some Republicans in congress saying they are withholding judgment until they can talk to her. Others says it really up to the voters of Georgia to decide what they want to do.

"We are a free country. We are allowed to say what we want to say." Said Donalds "You also have to bear the consequences for what you say. If her district decides not to send her back to Washington, so be it."