'Pandora Papers' Detail Hidden Wealth Of The Rich And Powerful 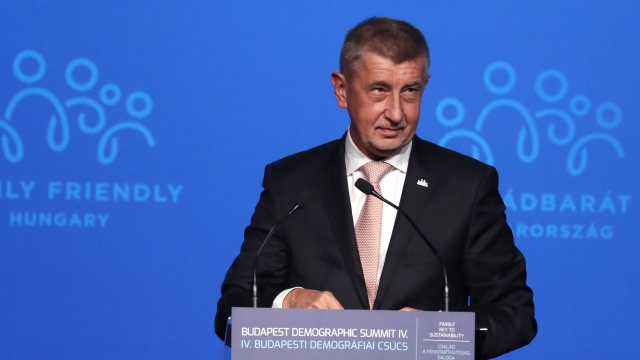 SMS
'Pandora Papers' Detail Hidden Wealth Of The Rich And Powerful
By Associated Press
By Associated Press
October 4, 2021
The review found how hundreds of politicians, celebrities, religious leaders and drug dealers have hidden their wealth in shell companies and more.

Calls grew Monday for an end to the financial secrecy and shell companies that have allowed many of the world's richest and most powerful people to hide their wealth from tax collectors.

The outcry came after a report revealed the way world leaders, billionaires and others have used offshore accounts to keep trillions of dollars out of government treasuries over the past quarter-century, limiting the resources that could be put to work helping the poor or combating climate change.

The report by the International Consortium of Investigative Journalists brought promises of tax reform and demands for resignations and investigations, as well as explanations and denials from those targeted.

The investigation, dubbed the Pandora Papers, was published Sunday and involved 600 journalists from 150 media outlets in 117 countries.

Hundreds of politicians, celebrities, religious leaders and drug dealers have hidden their wealth in shell companies and used other tactics to hide their investments in mansions, exclusive beachfront property, yachts and other assets, according to a review of nearly 12 million files obtained from 14 firms located around the world.

Many of the tax dodges are legal.

Some of those targeted strongly denied the claims Monday.

The investigation dug into accounts registered in familiar offshore havens, including the British Virgin Islands, Seychelles, Hong Kong and Belize. But some of the secret accounts were also scattered around in trusts set up in the U.S., including 81 in South Dakota and 37 in Florida.

Sen. Sherrod Brown, an Ohio Democrat who heads the Senate Banking Committee, decried "these gross abuses of our legal and tax system," which he said "enable criminals and fuel global inequality by allowing wealthy elites to avoid paying their fair share while working families are forced to make up the difference."