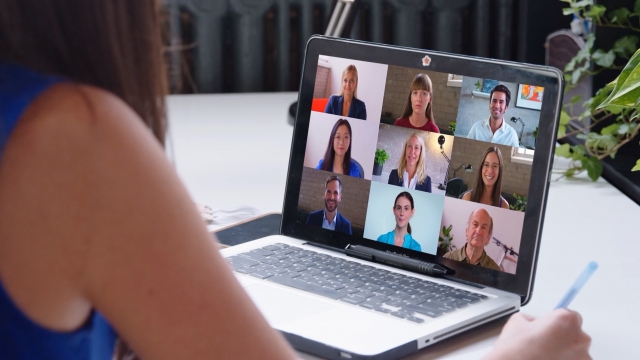 College senior Winnie Quach was offered an in-person summer internship at Boeing, but COVID-19 changed that.

"It was switched to the virtual format pretty suddenly after the virus started getting really bad." says Quach.

The Ohio State University student communicated with her mentor, manager, and fellow interns online. And instead of hands-on lab work, she handled technical paperwork and documentation virtually. Quach improved her technical writing skills, networked online and, she said, "We got to do these virtual live tours as interns. And those were really fun because we couldn't be there in person."

Internships help students gain experience in their field of study. For employers, it's also a way to recruit. But since the pandemic, internship numbers have dropped — much like job openings. Career site Glassdoor found the number of internships this past May were 49% lower than a year ago. At Boeing, they on-boarded about 500 fewer interns because of the pandemic—a majority of them virtual.

Peggie Tobias Vice President of Talent at United Healthcare says, "It just doesn't make sense to bring people into what might be an unsafe environment or just not the most optimal engaging environment."

"There is a time like no other for an intern to be part of this company and learn what we're actually doing to help solve the pandemic, to help make health care better for all of our members anyway. So let's give them that experience," says Tobias.

She says one huge misconception companies have is that students will be less productive because they are working from home.

Quach will graduate this December, without a job offer from Boeing.

"I would love to join the Boeing Company, but right now it's not a super great time," says Quach. "My team really did want to extend an offer for me, but due to the current situation with layoffs and downsizing, they couldn't. So it's always open for the future, especially when things get better. "