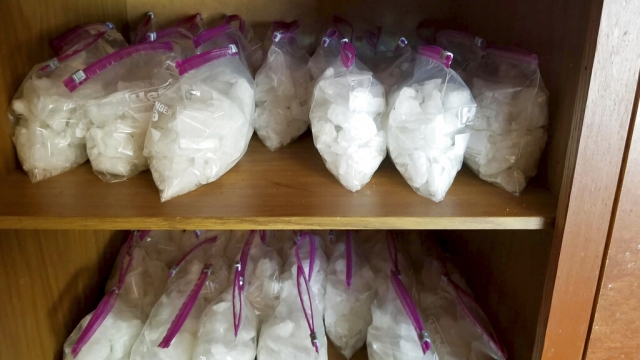 "The isolation has been a killer. I mean, literally, it's been a killer," said Kevin Horn, senior vice-president of Isaiah House Treatment Center.

"Isolation is a friend of addiction," commented filmmaker Michael Husain.

"Whenever the pandemic happened, I was... I was pretty much shut off," reflected Ted McCoart, a client at Isaiah House. "I purchased some pills that were pressed with fentanyl. And I overdose...nearly died. By the grace of God, I'm still here," commented Ted McCoart.

"I thank God for the ability to do things virtual. But whenever you're in active addiction, it is really, there's really nothing better than that face to face," said Horn.

For many Americans fighting substance use disorder, the COVID-19 shutdowns meant shutting out the people who could help.

"We saw a drop in numbers, right immediately, and I've never really seen it recover," said Melissa Tatman of Battlefield for Freedom.

Melissa Tatman runs a recovery group in Brown County, Indiana. She closed the doors for a few weeks at the start of the pandemic.

"There's just something about routine. And once we kind of get out of it, there seems to be it's hard to get back into those routines," explained Tatman.

Documentary Filmmaker Michael Husain has been tracking the nation’s drug epidemic from the vantage point of Brown County.

"You walk through Brown County, it’s like a Hallmark movie," a voice is heard in the film "The Addict’s Wake."

Behind closed doors, Husain says there was a growing drug problem, something the town had been actively trying to address but COVID-19 made that difficult.

"The sheriff was concerned that this isolation was causing this. He also said it simply could be that we've got a what he called a bad batch of narcotics going around this community... a few months later, we came back and he said it was actually both," remarked Husain.

It’s not just a Brown County problem or even a rural vs urban thing. According to a December CDC report, the country started losing progress on the overdose battle before lockdowns but the numbers accelerated from March to May of 2020.

“These are part and parcel of what happens when we have a pandemic that requires the kinds of restrictions that were put in place,” Elinore McCance-Katz a Former Trump administration Assistant Secretary of Health and Human Services told Newsy.

Now, the Biden administration looks to tackle the issue through its Rescue plan, asking Congress for 4 billion dollars to go towards mental health and substance abuse services.

However, his team faced criticism after squashing a Trump administration plan to make it easier for most doctors to treat addicts with drugs, including using controlled substances. We asked the Department of Health and Human Services if and when they would proceed with that rule, they received our request but didn’t respond to the question.

Even though Trump’s plan was lauded by many health care groups, In an email to Newsy Former Trump Administration Health and Human Services Assistant Secretary Elinore McCance-Katz says President Biden made the right call, saying allowing doctors to bypass the required addiction and psychology training necessary to administer controlled substances would deliver "second class care to a large number of Americans--often poor and minority."

This is all just part of the delicate balance ahead for this administration as they work to keep Americans safe from dueling health crises.