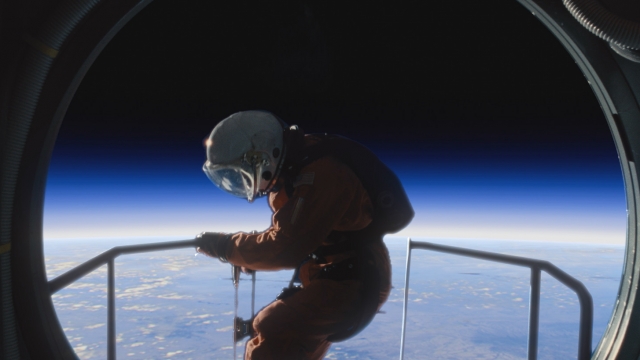 The film and TV industry is trying to figure out — like the rest of us — how to work remotely during the pandemic. And one of the solutions has actually been around for a while: virtual production.

Chris Ferriter, CEO of Halon Entertainment, said, "When we think of virtual production, we think of it as a series of different tools that you deploy on a film to solve a problem. But I do believe that it represents a huge paradigm shift in the way that films will be made in the future."

To give a specific example of what a "virtual production" looks like, here's a shot from TV’s "The Mandalorian."

What you think is a sky is actually an LED wall developed by Industrial Light & Magic. Over half of the show's first season was filmed using that technology as a substitute for real location shoots.

"Effectively what we do is we use technology to help filmmakers tell better stories," Ferriter said.

Halon Entertainment is a visualization company that’s been around since 2003. Some of their most recent projects include “The Mandalorian,” “Ford V. Ferrari” and “Ad Astra.”

Halon Visualization Supervisor Kristin Turnipseed said, "We're able to really see the movie before you really ever put an actor on stage."

A cornerstone of Halon’s work involves pre-visualizing films to help filmmakers plan ahead. But the company has also been developing strategies for remote work — from scanning real-life places for location scouts to see in virtual reality platforms, to creating virtual environments entirely so full physical sets won’t have to be found or built.

Turnipseed said, "I think that this is already the direction that we're heading in. Filmmaking, on a grander scale, is very much a worldwide event sometimes, right? You have locations all over the place, you have people coming in from everywhere. The best way to facilitate that is remote."

The pandemic accelerated the need for virtual productions, but they won’t go away once actors and crews are back on physical sets. This year’s Emmy awards will be fully virtual, and that could help us understand how virtual productions can be used going forward.

"We've been banging the drum on utilizing real time technology to solve a lot of these problems for a long time and we got into a situation now where people really have to consider it or even embrace it," Ferriter said.