Pandemic Has Made Wealth Gap More Of A Problem 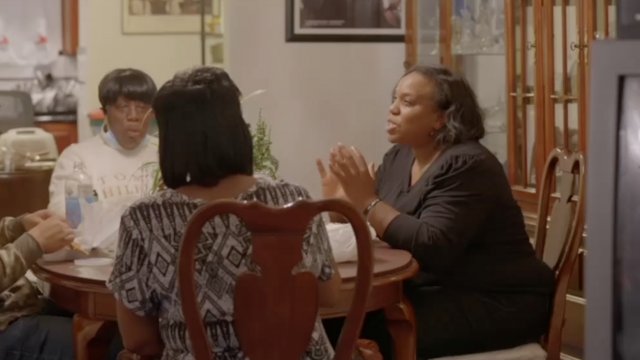 SMS
Pandemic Has Made Wealth Gap More Of A Problem
By Matt Pearl
By Matt Pearl
January 10, 2022
A Phildaelphia program is hoping to lessen the gap by providing financial literacy in low-income neighborhoods.

Many who study finance say anyone can build wealth. Just invest early, invest in wide-ranging mutual funds and save from every paycheck, even if you can’t save much. But too often these lessons stay confined to skyscrapers and affluent areas and don't travel to places that could use help.

In south Philadelphia, Veronica Ahiagbe and her sister, daughter and grandson talk about saving.

VERONICA AHIAGBE: I can truly say I never understood anything about financial literacy.

NEWSY'S MATT PEARL: Would you say you're financially secure now?

AHIAGBE: I would say I'm on the road to trying to become financially secure, and that is by consistently saving.

She started on that road when she learned about Bridges to Wealth - it's a program based out of University of Pennsylvania that provides financial literacy training for high schoolers in the city's lowest-income neighborhoods.

It also offers sessions for parents – and, in Ahiagbe's case, grandparents.

Dr. Keith Weigelt co-founded the program. Among the adults, 95% are minorities and 70% are women who are heads of the household, and 96% who start stay with it. That’s critical - because in the United states, white families average 10 times the net worth of black families.

PEARL: If it’s that easy, what does it say to you that there’s such a large wealth gap?

DR. WEIGELT: It says that there is lots of discrimination.

The wealth gap was wide enough before the pandemic, and the last two years have stretched it even wider. Those with means and jobs have been able to build upon their savings, and those without have had to dig in.

The U.S. saving rate hit record highs in April, but most came from high-income homes. 31% of Black Americans reported losing all their savings during the virus outbreak. More than half reported serious financial problems in the past few months, versus less than a third of white Americans.

Those numbers – past and present – make conversations at kitchen tables complicated.

"You don’t even have the knowledge to know that things are not fair … you just know something’s not right," Veronica's daughter Alexis said.

It's frustrating, but through Bridges to Wealth, the adults at the table are in investing groups. Ahiagbe put her pension into mutual funds and built it up by 20%.

"Knowledge is the key," Ahiagbe said. "I’m not upset. I just want to have access to the same knowledge."

"It starts with conversations and sharing information," Alexis said. "That's how we get around the frustration."

The hope for Bridges to Wealth is to expand beyond Philadelphia, getting out of downtowns and onto kitchen tables so that many more can begin to build on lessons so simple.

"For me, being comfortable and able to pay your bills, and being able to pass something to generations to come would be my gift to them," Ahiagbe said.