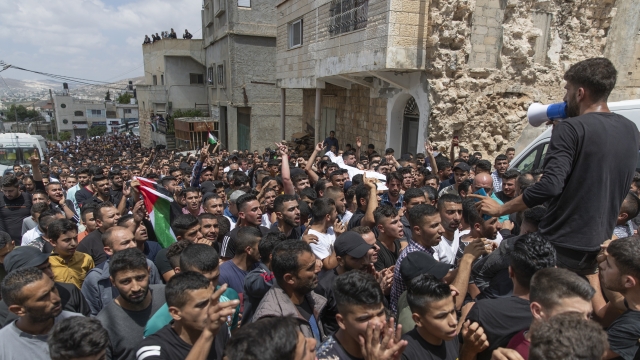 Funeral services were held in the occupied West Bank for a Palestinian teenager killed by Israeli forces Wednesday during protests against the ongoing settlement project.

Soldiers shot the 15-year-old after he allegedly threw an object which military officials said exploded.

Soldiers also shot and killed a 29-year-old Palestinian woman, alleging that she tried to attack them with a knife.

The army did not release any footage of the incident, and the woman's family has said she had neither reason nor ability to carry out an attack.