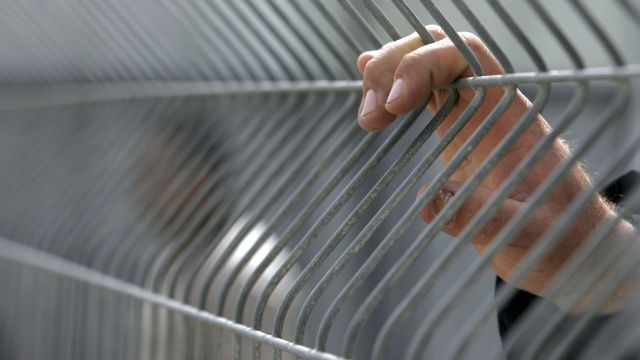 Palestinian prisoners have gone on a mass hunger strike to demand better conditions.

More than 1,000 prisoners in six Israeli prisons have joined the strike, making it one of the largest in recent years.

They're following the guidance of Marwan Barghouti, the admitted former leader of a militia group known as the Tanzim. He's currently serving five consecutive life sentences for murder and participation in a terrorist organization.

An essay by Barghouti was smuggled out of his Israeli prison and printed as an op-ed in The New York Times.

He says that in the 15 years he's been imprisoned and times he was arrested even before that, he's both witnessed and experienced mistreatment, including physical abuse and humiliation.

The Palestinian Central Bureau of Statistics says Israel has more than 6,000 Palestinian prisoners behind bars.

More than 200 prisoners have died as a result of conditions and treatment in the prisons since 1967, according to the bureau. Al Jazeera has reported prisoners can suffer medical negligence, inadequate health care and denial of water.

Protesters took to the streets to show support for the strikers and Barghouti, whose name has been floated as a possible replacement for Palestinian Authority leader Mahmoud Abbas.