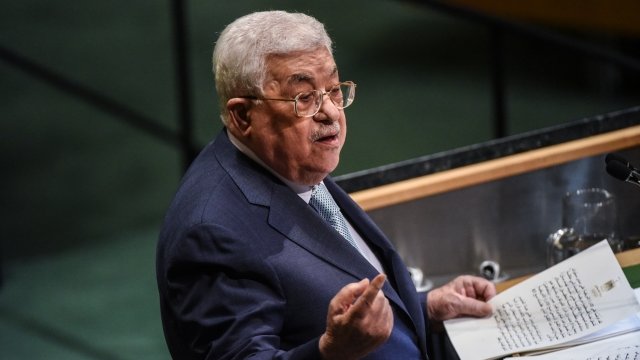 A day after President Trump said he believed in a two-state solution to the Israeli-Palestinian conflict, Palestinian Authority President Mahmoud Abbas told the U.N. Trump's actions have made that unlikely.

"With all of these decisions, this administration has reneged on all previous U.S. commitments, and even undermined the two-state solution," he said.

Abbas criticized the Trump administration's decision to move the U.S. Embassy in Israel to Jerusalem and its move to cut funding for the U.N. program that aids Palestinian refugees.

Jerusalem is a key piece of the two-state solution — Palestinians maintain East Jerusalem must be the capital of their state.

Another key piece is the recognition of Palestinian refugees. Aside from cutting aid, the Trump administration has reportedly pushed for exiled Palestinians to be stripped of refugee status because it implies they could someday return to an independent Palestinian state.