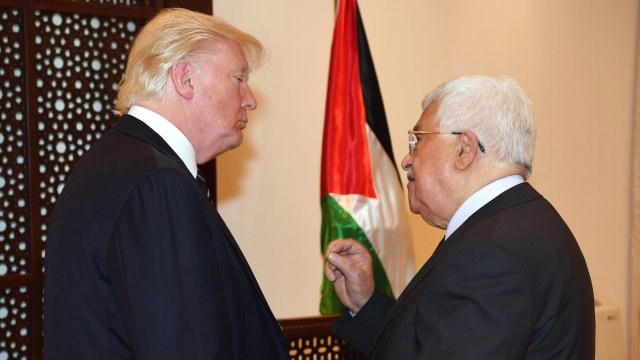 SMS
Palestinian Leader Doesn't Want The US Running Peace Talks
By Ryan Biek
By Ryan Biek
December 13, 2017
The Palestinian Authority president demanded the United Nations take over peace negotiations because, he said, the U.S. is biased toward Israel.
SHOW TRANSCRIPT

The Palestinian Authority president demanded that the United Nations take over peace negotiations and said the United States is too biased toward Israel.

Abbas is likely pointing back to 1980, when Israel declared, "Jerusalem, complete and united, is the capital of Israel." Not long after, the U.N. Security Council ruled Israel's decree was null and void. 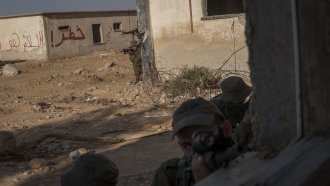 That "complete and united" part is important because Palestinians want East Jerusalem to be the capital of their future state.

Israelis, on the other hand, have long argued Jerusalem isn't a city that can be divided.

In his announcement, Trump didn't explicitly weigh in on how, or if, the city would be divided.

But Jerusalem is such a hot-button issue, American administration officials expected Palestinians to step away from the U.S.-led peace effort.

Trump has said the U.S. would still support a two-state solution "if agreed to by both sides."