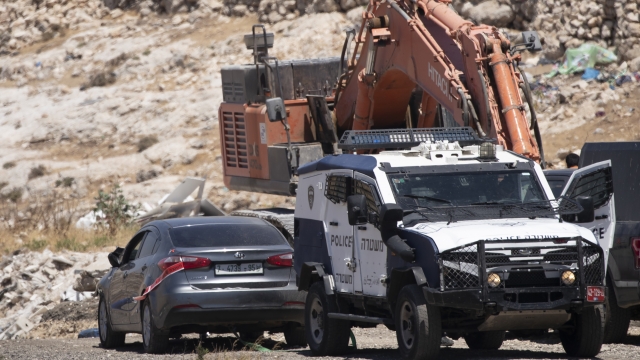 Israel's military says a Palestinian woman attempted to ram her car into soldiers in the West Bank. They say she was shot after she got out of the car with a knife.

Also this morning — Israel's military says it carried out airstrikes against militants in the Gaza Strip. It shared this video which it says shows a strike against Hamas operations in the region. There were no reports of casualties.

It says the strikes were in response to incendiary balloons sent over from Gaza. You can see those balloons being filled up with gas. They're designed to set off fires. Officials say they started at least 10 fires in southern Israel.

The balloons were sent off in retaliation to a march by Israeli  ultra-nationalists through Palestinian parts of Jerusalem. In some cases those marching yelled at Arabs protesting. Israel's foreign minister said anyone shouting racist slogans against Arabs was a disgrace to the Israeli people.

Now remember Israel and Hamas agreed to a ceasefire less than a month ago after a violent conflict lasting almost two weeks.

Another factor in play here — Israel just swore in a new prime minister who is working to manage a fragile coalition.