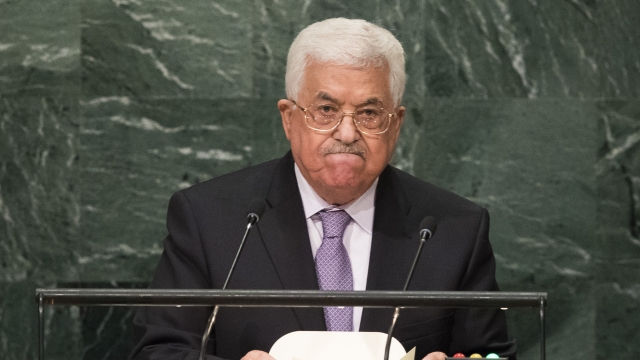 Palestinian Authority President Mahmoud Abbas said the territories will have "no relation" with the two countries, including for security.

The Palestinian territories announced Saturday they would cut ties with the U.S. and Israel over their proposed peace plan.

Palestinian Authority President Mahmoud Abbas said the territories will have "no relation" with the two countries, including for security. That was during an emergency meeting of the Arab League to discuss the proposal, according to Reuters.

The plan was created by President Trump's administration and endorsed by Israeli Prime Minister Benjamin Netanyahu. President Trump called it a "win-win opportunity for both sides" on Tuesday. But Palestinians said it favors Israel and gives them little self-governing power.

The proposal could create a path for Palestinian statehood, but one without a military. It would also allow Israel to annex settlements in the West Bank and establish most of Jerusalem as its capital.

Abbas said the plan would receive a "thousand no's" from him, telling the league he would "not have it recorded in my history that I sold Jerusalem."

The Arab League also rejected the statehood proposal, which Netanyahu said Tuesday he hoped to have enacted as soon as possible.