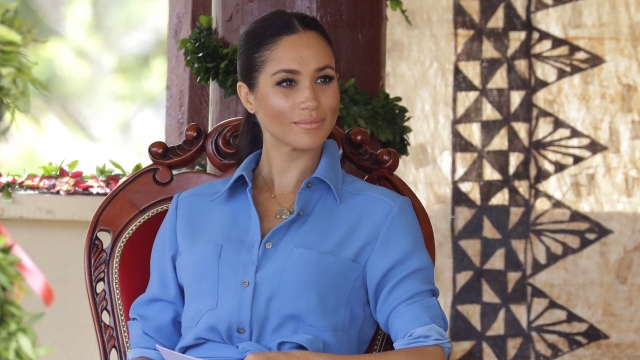 Officials at Buckingham Palace are reportedly reconsidering how Prince Harry and his wife Meghan should be addressed once they step back from their royal duties.

As part of their new arrangement, the couple will no longer use their "Royal Highness" titles. Instead palace officials told reporters they would be known as Harry, Duke of Sussex and Meghan, Duchess of Sussex.

But that pesky comma in Meghan's new title is what's causing all the fuss, since it's become the customary styling for former wives of members of the royal family.

For example, Harry's late mother Diana, and Sarah Ferguson, the former wife of Prince Andrew, were similarly stripped of their "Royal Highness" titles following their divorces. They went on to be known as Diana, Princess of Wales and Sarah, Duchess of York, respectively.

Since Meghan is still married to Harry, her new styling could cause some confusion.

As such, Buckingham Palace told CNN that it would be issuing updated guidance for how to address the couple after it talks with the Garter King of Arms, who's an expert on British titles.

Harry and Meghan are currently in Canada with their son, Archie. Once they stop being working members of the royal family in the spring, they plan to split their time between North America and the U.K.