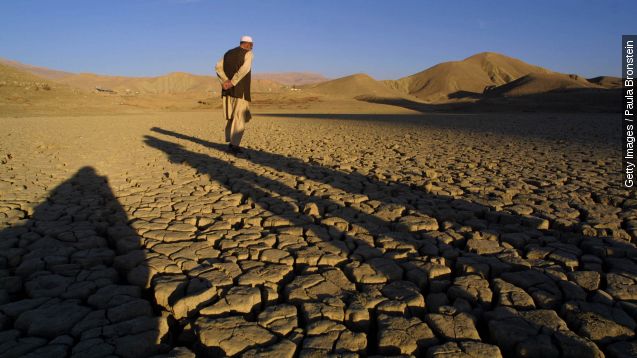 SMS
Pakistani Heat Wave Leaves Nearly 800 Dead
By Jake Godin
By Jake Godin
June 24, 2015
Pakistan is going through an extreme heat wave that has resulted in the deaths of nearly 800 people in its southern Sindh province.
SHOW TRANSCRIPT

Dawn, a Pakistan-based news organization, reports there have been nearly 800 deaths in the nation’s southern province of Sindh. (Video via Dawn)

Power outages and water shortages have only exacerbated the situation as temperatures soared to around 113 Fahrenheit over the weekend. Since then, the temperatures have stayed above 100 degrees. (Video via ARY News)

Add in the fact that this is the fasting month of Ramadan and you have dangerous conditions for those not able to get access to water or cooler conditions.

“A little while ago I was about to collapse. It’s so hot I can barely speak. What can I say? We sometimes have to break the fast out here in this heat,” a laborer told BBC.

Speaking to Time, a meteorologist at the Pakistan Meteorological Department said the heat wave was unprecedented and that “It has never been this bad.” (Video via Dunya News)

In an interview with Dawn, one doctor from Sindh’s provincial capital Karachi, said “We are continuously receiving people in a critical condition or dead; there has been no let-up.”

Temperatures have been gradually dropping and rain is expected to improve the weather.

But a Karachi-based BBC reporter says the city’s population is angry at the government for its apparently slow response to the heat wave. (Video via Geo TV)