Pakistan's Interior Minister Is 'Out Of Danger' After Being Shot 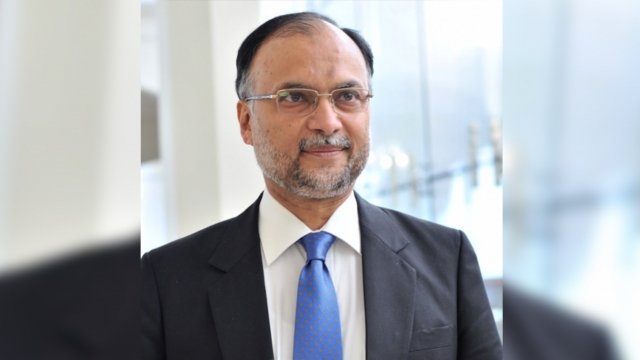 Pakistan's Interior Minister Ahsan Iqbal was shot in the arm Sunday while at a political event in his hometown.

Pakistan's Interior Minister Ahsan Iqbal was shot by a gunman Sunday in what media outlets are calling an assassination attempt. His son and hospital sources told the media that he is now "out of danger."

Iqbal was shot in the arm at a political event in his hometown.

The shooting comes amid campaigning for an upcoming general election in July.

The gunman was arrested and has reportedly claimed having ties to a far-right religious organization. The organization is known for calling on the government to enforce the country's blasphemy laws, which — in some cases — can lead to the death penalty.

On Monday, the organization reportedly denied affiliation with the suspected gunman.

Pakistan's interior minister will be kept under observation at the hospital for 24 hours.