Pakistan's Next Leader Could Be On A Collision Course With Trump 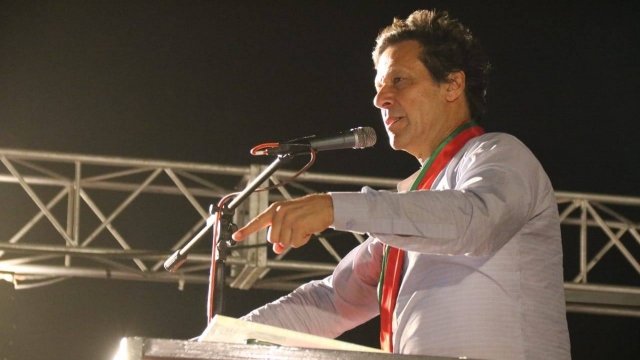 SMS
Pakistan's Next Leader Could Be On A Collision Course With Trump
By Matt Picht
By Matt Picht
July 26, 2018
Pakistan's presumptive new prime minister, Imran Khan, has been a harsh critic of the U.S. war in neighboring Afghanistan.
SHOW TRANSCRIPT

Pakistan's political outsider Imran Khan is on track to be the country's next prime minister. And that could spell trouble for the tumultuous relationship between Pakistan and the U.S.

In his presumptive victory speech, Khan accused the U.S. of trying to make Pakistan fight the war in Afghanistan for them. He called for moving toward a more "balanced relationship" with the U.S.

Pakistan has been both a critical ally and a major headache for the U.S. in Afghanistan. The country provides the U.S. with crucial supply routes and staging areas, but it has also been accused of sheltering Afghanistan's Taliban groups within its borders. 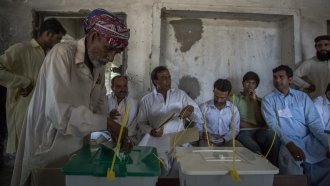 Explosion Kills At Least 31 As Pakistanis Head To The Polls

President Donald Trump has harshly criticized Pakistan's "lies and deceit" on Twitter and has suspended millions of dollars in aid to the country. Khan, for his part, has a history of staunchly opposing U.S. drone strikes in the region.

But Khan's ability to reshape Pakistan's foreign policy might be curtailed by the country's powerful military. Khan has adapted the military's preferred positions on several issues and is accused of benefiting from the military's covert influence during the election.

And since Pakistan is a nuclear-armed power, the U.S. still has a vested interest in keeping the country's government stable and secure — lest its nuclear weapons fall into the wrong hands.