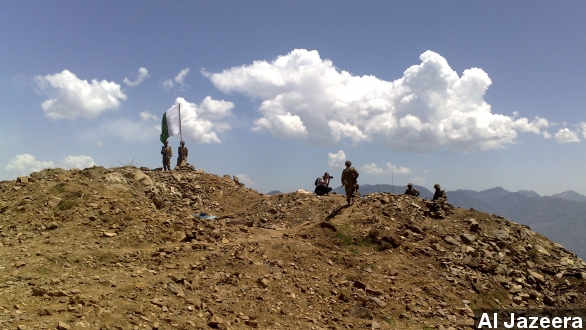 The Pakistani Army has launched counter-terror attacks in North Waziristan after last week's deadly seige of a Karachi airport by terrorist groups.

The Pakistani government announced the offensive shortly after fighter jets bombed hideouts of suspected militants. The bombing targeted Uzbek and Taliban fighters who claimed responsibility for the airport attack. (Via CNN)

An official government statement read: "Our valiant armed forces have been tasked to eliminate these terrorists regardless of hue and color, along with their sanctuaries." The statement claims 105 terrorists were killed, mostly Uzbek fighters.

News Pakistan claims that the mastermind behind the Karachi airport attack was also killed during the bombing.

NBC points out this move by the Pakistani government was expected, especially after the five-hour siege on the nation's busiest airport shocked the world a week ago.

Al Jazeera says there are reports that the government bombings have killed civilians and forced scores of people to evacuate the area.

The government had been in peace talks with the Taliban prior to the attacks, and Taliban leaders still say they are willing to talk despite the bombing campaign.

But the Pakistani defense minister said on Twitter that the Taliban hadn't been negotiating in good faith.