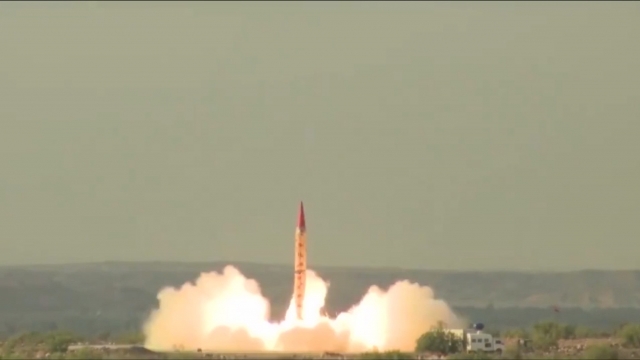 SMS
Pakistan Says It Wants Peace Talks With India, Despite Missile Launch
By LeeAnne Lowry
By LeeAnne Lowry
May 23, 2019
A Pakistan military spokesperson said the test was meant to deter other countries from launching an attack.
SHOW TRANSCRIPT

Pakistan said it successfully tested a nuclear-capable missile Thursday, just one day after the country expressed a willingness to hold peace talks with neighboring India.

In February, the countries were close to war over Kashmir — a territory both have claimed since gaining independence from Britain in 1947.

Pakistani Prime Minister Imran Khan tweeted congratulations to Modi and reaffirmed his commitment to mending the relationship. Khan said he looks forward to "working with him for peace, progress and prosperity in South Asia."