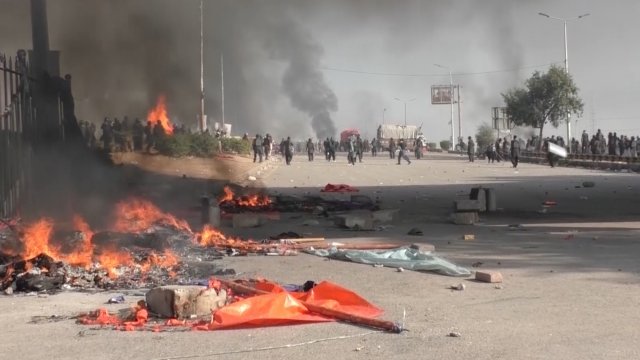 SMS
Prolonged 'Blasphemy' Protest Prompts Pakistan To Send In Troops
By Jake Jones
By Jake Jones
November 26, 2017
Protesters say the government decision to remove a declaration of Muhammad as God's final prophet from its oath of office was blasphemy.
SHOW TRANSCRIPT

Pakistan called in its army to help deal with protesters blocking a major intersection near its capital city, Islamabad.

The decision to deploy troops to the city follows a deadly clash with law enforcement on Saturday. Protesters battled with several thousand police officers and paramilitary troops. At least six deaths have been reported, as well as more than 200 injuries.

The protests started in early November, when supporters of a hard-right Islamist cleric took over the intersection. They're protesting a now-reversed change to the lawmakers' oath of office, which saw the removal of a declaration of Muhammad as God's final prophet. Protesters called the change blasphemy on the part of the government. 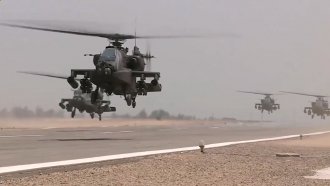 Al Jazeera reports that the protesters considered the change to be in favor of Ahmadi Muslims, a younger sect of Islam based on the teachings of its founder, Mirza Ghulam Ahmad. Followers of this faith believe Ahmad, not Muhammad, to be Islam's awaited prophet.

Law enforcement officials failed to clear the intersection, which prompted the government to ask for the army's help. On Sunday, the army agreed to protect important national buildings and locations but said it would refrain from using lethal force.

The prolonged demonstration presents a hurdle for the governing Pakistan Muslim League-Nawaz party. Charges of blasphemy aren't taken lightly in the country, and they sometimes lead to violence.

Protesters originally called for the resignation of Pakistan's law minister; now they want the entire cabinet to step down.