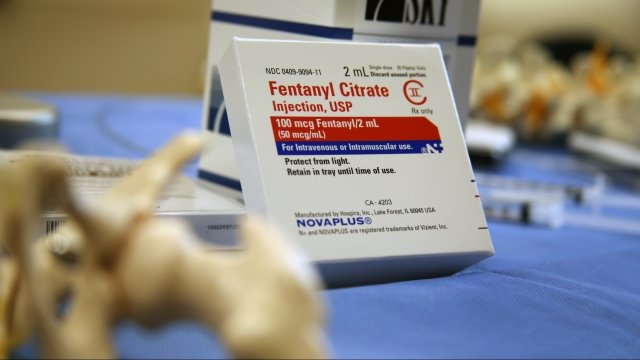 SMS
Getting A Fix: Preventing Opioid Addiction
By Karen Rodriguez
By Karen Rodriguez
September 5, 2017
Amid the rise in patients addicted to opioid prescription painkillers, doctors are turning to other ways to treat pain.
SHOW TRANSCRIPT

Doctors are emphasizing alternative ways to treat pain after years of using opioid painkillers, which some say led to the growth of the opioid epidemic.

"We did this to ourselves. About 15 years ago, there was a big push to make pain the fifth vital sign, and patients had this expectation that they would have zero pain. We worked as hard as we could to bring that pain score down, and now here we are," Dr. Bradford Noble said.

"The No. 1 cause of death in the U.S. in individuals under the age of 50 is drug overdose. That's frightening," Noble said. "All of the doctors from my generation will probably tend to agree that we didn't get much training as part of pain management during medical school."

When OxyContin came on the market in 1996, treating pain was becoming a more serious duty in the medical field. 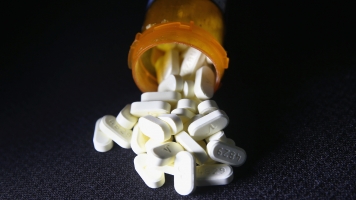 But pain is hard to treat, and opioid medications like OxyContin, Percocet and Vicodin made it easier.

"They just went to the doctor, the doctor wrote them some Vicodin, the Vicodin seems to work, and you know what, I can mow my grass better with the Vicodin, too, and I can deal with the wife. Well, that's not necessarily the best treatment," Noble said.

The Centers for Disease Control and Prevention reports from 1999 to 2014, sales of opioid pain medications quadrupled across the country. One estimate says roughly 259 million prescriptions were written for opioid pain medication in 2012 alone. That's enough for "every adult in the United States to have a bottle of pills."

"When an opiate is ingested, it gets into the bloodstream. Then it goes to receptors that are in the brain, really in the core of the brain, that are responsible for desire and emotion. It floods these areas in the brain with dopamine, which is a potent neurotransmitter. Essentially, an addicted person has this core portion of the brain hijacked by the addiction," Noble said.

By 2012, "commonly prescribed opioids" were killing thousands each year because of overdoses. States cracked down on doctors who over-prescribed pills, so many patients already addicted turned to heroin and more potent synthetic drugs like fentanyl.

By March 2016, the CDC had updated its guidelines on pain management. But it's been a bit of a learning curve to get here.

"The Centers for Disease Control and Prevention came out and said there is no evidence in medical literature that supports the use of opioid drugs for the treatment of chronic pain. That's a big problem," Noble said.

"It's interesting because the conversation now really is not, 'You are going to have to get on opioid medication.' So start looking for those adjuvants, the injection, the physical therapy, chiropractor, a small surgery, some other way, exercise, to help with the pain. There is a whole world of other options," Noble said.

We should note, the CDC hasn't told doctors to stop using opioids to treat chronic pain.

"I think it's really important to realize that we've got a real mess here with this opioid epidemic, and we talked about some of the ways to treat opiate addiction and help those folks. But there is another part to the puzzle, and that is how are we going to prevent new folks becoming addicted over time," Noble said.