Pain Threshold Could Be Genetic 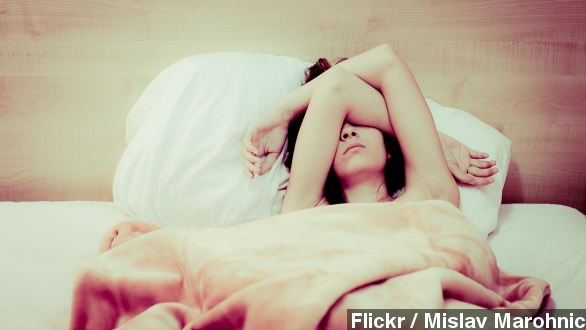 SMS
Pain Threshold Could Be Genetic

By Matt Moreno
April 21, 2014
A new study suggests four different genes could affect your pain threshold most. Researchers hope this could lead to better treatments for pain.
SHOW TRANSCRIPT

Some people are better at withstanding pain than others, and that might be due to their family genes.

Researchers tracked about 2,700 people who were taking prescription painkillers for chronic pain and found that four genes play a big role in pain perception. (Via Tech Times)

The participants were divided into three groups — 9 percent were considered to have a low pain threshold, 46 reportedly had a moderate pain threshold, and the remaining 45 percent had a high pain perception. (Via Flickr / Mislav Marohnić)

​One of the researchers said: "Chronic pain can affect every other part of life. Finding genes that maybe play a role in pain perception could provide a target for developing new therapies and help physicians better understand their patients' perceptions of pain." (Via HealthDay)

And researchers and patients alike are hoping that's what this study helps lead toward.

Medical News Today reports some procedures to deal with chronic pain can be pretty invasive, including "drugs, acupuncture, local electrical stimulation, brain stimulation and even surgery may be used, depending on the case."

A study by King's College London also pointed out that certain lifestyles could have an effect on pain tolerance and the genes associated with them. (Via New Scientist)

The full study is ​set to be presented April 30 at the American Academy of Neurology's annual meeting in Philadelphia.