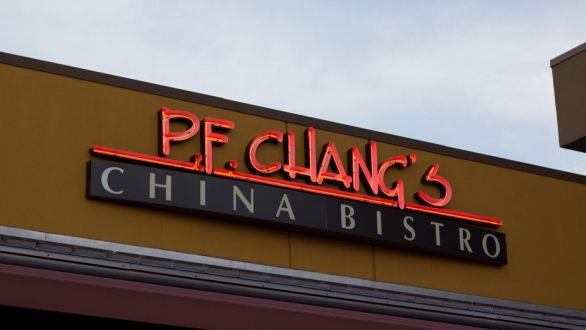 When most people talk about taking a vintage approach to things they're most likely referring to fashion or vinyl records, not credit card security technology.

But after an unknown number of P.F. Chang's China Bistro's customers had their credit card information stolen last week, the nationwide franchise issued old-school credit card imprinters to all its locations. (Via ABC)

The device, which some may remember from the eight-track tape era, creates a carbon copy of a credit card, which P.F. Chang's will keep on their servers to process the transaction. (Via Addressograph Bartizan)

The franchise was notified of the theft Tuesday by the U.S. Secret Service. P.F. Chang's has not yet officially announced how many cards were stolen or from which of its 204 locations they were stolen.

However, Internet security reporter Brian Krebs, who broke the story, reports thousands of the newly-stolen credit and debit cards that were all previously used at P.F. Chang's locations went up for sale on an underground, online store.

Krebs points out that this is the same location that advertised the sale of more than 280,000 cards stolen from beauty store chain Sally Beauty back in March.

The site is also known for attempting to sell more than 40 million credit cards stolen from Target in November and December of 2013.  (Via WBNS)

In the company's statement, P.F. Chang's encourages customers to be vigilant about their bank statements and report suspicious activity immediately.