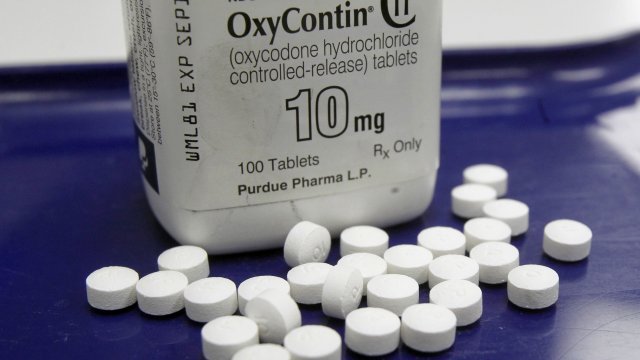 The company that makes OxyContin is expected to plead guilty to federal criminal charges as part of an $8.3 billion settlement.

That's according to a report from the Associated Press. Unidentified Justice Department officials told the AP Purdue Pharma will plead guilty to three counts — including conspiracy to defraud the U.S.

But the agreement doesn't release Purdue executives from any criminal liability, including members of the wealthy Sackler family who control the drugmaker.

Purdue is admitting to lying that it had an effective program to safeguard its prescription medicines from being used illegally.

It will also admit to violating federal anti-kickback laws by paying doctors to get them to write more prescriptions for the company’s opioids.

This is the biggest example yet of the federal government holding a drugmaker accountable for the opioid crisis. The epidemic has been linked to more than 470,000 deaths in the U.S. since 2000.