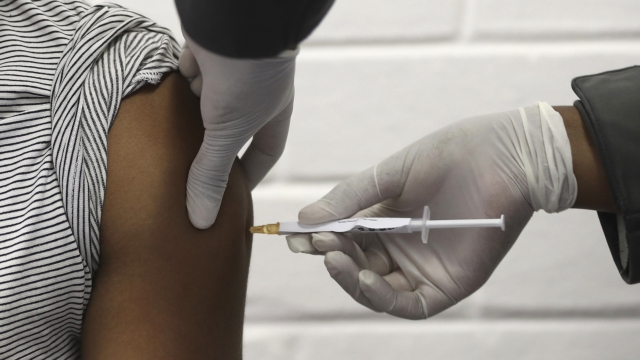 The Oxford-Astrazeneca vaccine trial has some good news after early data found its candidate is working well in older adults.

The University of Oxford says the shot is safe and that it triggered a strong immune response in people over 70 who are typically more vulnerable to the virus. They plan to release the late-stage trial results by Christmas.

This comes just after Pfizer and Moderna announced they believe their vaccine candidates are both more than 94 percent effective. They plan to apply for emergency authoritization within days.

The first doses could be publicly available as early as next month and front line workers will likely get first dibs. Many doctors and nurses are sharing their stories of getting sick with COVID as hospital space grows limited.

One doctor said: "We're increasing our number of beds that we have available for COVID patients really on a day to day basis. We've expanded now into our third intensive care unit."

The stress of the pandemic made thousands of doctors leave their jobs.

The non-profit group Physicians Foundation surveyed 35-hundred doctors. They found eight-percent closed their offices in the last few months and as many as 16,000 practices could close by the end of the year.

The reasons ranged from mental exhaustion to concerns about their own health and families.