OWN Series Will Follow Michael Sam's Journey To The NFL 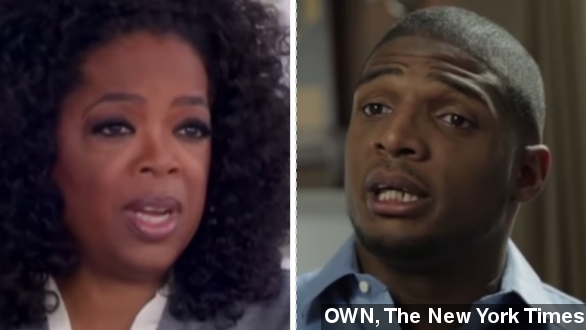 SMS
OWN Series Will Follow Michael Sam's Journey To The NFL

By Zach Toombs
May 14, 2014
Sam's story will be in the hands of the same filmmaker behind OWN's series on Lindsay Lohan.
SHOW TRANSCRIPT

Fans of the NFL's first openly gay draftee will get to see a lot more of his personal life. Michael Sam's journey to the league will play out in a documentary series on the Oprah Winfrey Network.

The 24-year-old defensive end has been under the microscope since he came out as gay in February. Now he's opening up his life to the cameras even further. (Via The New York Times)

Oprah's three-year-old OWN channel announced the multi-part documentary series Wednesday. It doesn't yet have a release date. (Via Twitter / @OWNTV)

But, in a news release, Oprah herself commented. “We are honored that Michael is trusting us with his private journey in this moment that has not only made history but will shape it forever."

Sam's story will be in the hands of filmmaker Amy Rice, the same woman behind perhaps the channel's highest-profile series, "Lindsay."

WINFREY: "Are you an addict?"

Sam also spoke up in the statement from OWN, saying football was of course his number one priority right now, but that he hoped getting his story out there might help other people accept who they are.

Sam was drafted over the weekend by the St. Louis Rams. He still needs to be signed to a contract to become the league's first openly gay player. (Via ESPN)