Over Here! How We Direct Our Attention Might Be Unique 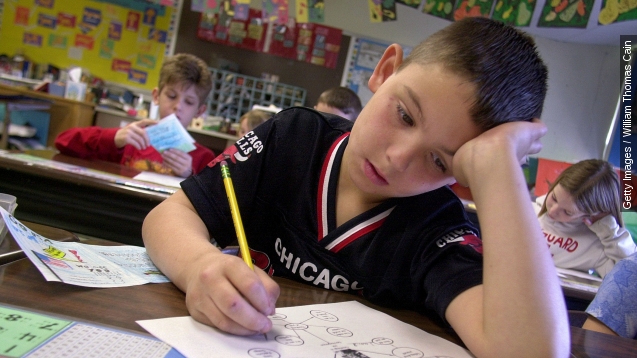 SMS
Over Here! How We Direct Our Attention Might Be Unique
By Ryan Biek
By Ryan Biek
July 20, 2015
The neural networks that allow humans to focus and shift attention could be unlike those of any other animal.
SHOW TRANSCRIPT

Yeah, no surprise there.

But researchers at Columbia University Medical Center not only mapped the neural networks humans use to control and redirect attention, but also they say the way humans do so could be completely different than other animals.

In the study, human and primate subjects underwent the same attention task while brain scans were taken.

All participants had memorized images and were trained to raise a hand when they saw one of those images. But covertly, other small pictures would be displayed. The machine could track where their eyes looked so those brain scan images could be matched with when their attention was redirected and then returned.

And, while one is active, the other is silent. The study's lead researcher says, "This give-and-take between the DAN and VAN allows us to reorient our attention to what is most important."

But the primates' brain scans didn't look anything like the human participants'. The primates had no equivalent for the ventral network, and humans' dorsal network had more connections across the brain's two hemispheres.

The stark difference in the species' networks is surprising, given that the type of primate studied and humans share 93 percent of their DNA.

The researchers believe social communication was the driving force behind this adaptation for humans, as those who could pick up subtle messages, like an arched eyebrow, had a better chance of passing on their genes.

Now the researchers are using this finding to better understand schizophrenia, a disorder where people have trouble responding to social cues and expressing emotion.

They're testing to see how the VAN, the network for shifting focus, communicates with the rest of the brain for people with schizophrenia. If the impairment lies in how their VAN is organized, a treatment might restore a degree of their social communication.

This video includes images via Getty Images and opacity / CC BY NC ND 2.0.