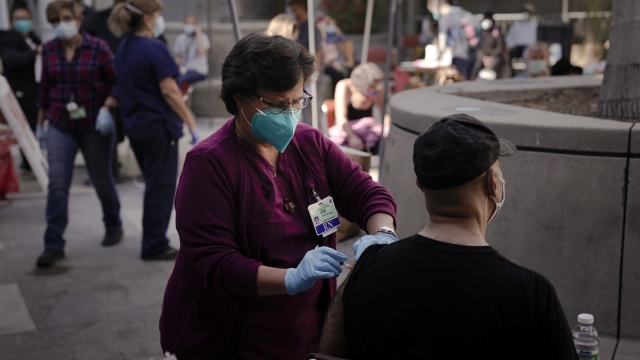 SMS
Over 32M Have Received First Vaccine Dose
By Newsy Staff
By Newsy Staff
February 9, 2021
The U.S. is still at over 1 million daily doses, even thought there's been a slight dip in how many have been administered over the past week.
SHOW TRANSCRIPT

Here's a look at where the vaccination effort stands nationally. A slight dip over the past week in daily doses administered, but the U.S. is still at over 1 million daily doses.

In total, the CDC says over 32 million people have gotten at least one shot and over 9 million are fully vaccinated with two doses.