Over 200K Convicted Felons In Virginia Can Vote In November 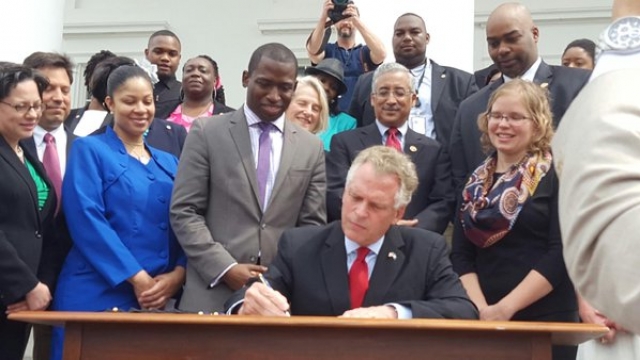 SMS
Over 200K Convicted Felons In Virginia Can Vote In November
By Melissa Prax
By Melissa Prax
April 22, 2016
Virginia Gov. Terry McAuliffe signed an executive order that gives certain felons in the state the right to vote.
SHOW TRANSCRIPT

Some convicted felons in Virginia will be able to vote in November's presidential election.

An executive order from the state's governor will allow more than 200,000 former prisoners who have served time and finished parole to cast their ballots in the swing state.

Gov. Terry McAuliffe said Thursday on Twitter, "VA has some of the most restrictive laws in the country for restoration of voting and civil rights."

Virginia hasn't let felons vote since the Civil War, and the majority Republican assembly has been largely against restoring their voting rights.

As for Virginia, the new order will also let former felons sit on a jury, hold elected office or be a notary.