Over 200 Mayors Call For Senate To Vote On Gun Legislation 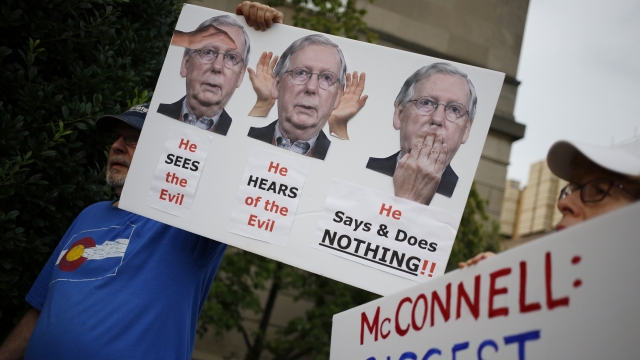 More than 200 mayors are urging senators to return to Washington to take up gun control legislation. The group includes several mayors of cities that have experienced mass shootings, including El Paso and Dayton — cities that lost a collective 31 lives last weekend.

The United States Conference of Mayors said in a letter to Senate leaders that those tragedies are "just the latest reminders that our nation can no longer wait for our federal government to take the actions necessary to prevent people who should not have access to firearms from being able to purchase them."

The letter pushes for lawmakers to vote on two bipartisan bills: one that would expand background checks for gun sales, and another that would more than triple the amount of time a gun seller has to wait for the background check to clear. Both bills already passed the House earlier this year.

Senate Majority Leader Mitch McConnell has been resisting pressure to call senators back from August recess early to address the gun legislation. As of Thursday morning, McConnell has not publicly responded to the mayors' letter.