US Sits Out International Treaty To Curb Plastic Waste 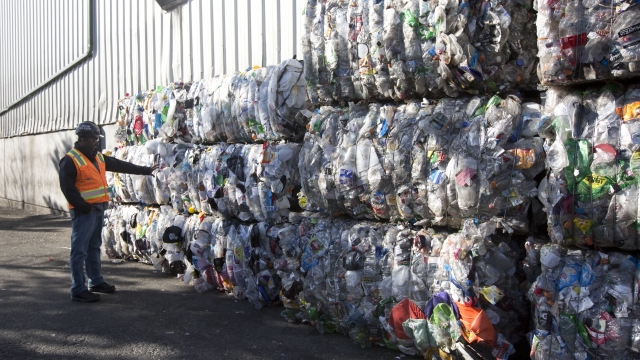 SMS
US Sits Out International Treaty To Curb Plastic Waste
By LeeAnne Lowry
By LeeAnne Lowry
May 12, 2019
The agreement, which was ratified by nearly every country in the world, adds plastic to the U.N.-backed Basel Convention.
SHOW TRANSCRIPT

Almost every country in the world has signed a new agreement aimed at limiting pollution from plastic. The U.S. did not sign the agreement, but will likely be affected by it when it exports waste.

The agreement, signed Friday, adds plastic to the U.N.-backed Basel Convention. That plan was adopted in 1989 to regulate developed nations sending their toxic waste to less developed countries.

Over 180 countries signed on to adding plastic to the treaty. The agreement stipulates trading "contaminated and most mixes of plastic waste" will require prior consent from the receiving country, with some exceptions.

It's been common practice for companies to ship waste to less developed nations, but that's becoming more difficult. China used to take in half the world's trash, but it stopped accepting a majority of it last year in an effort to curb pollution.

The director general of World Wildlife Fund International said in a statement that this decision is a step in the right direction, but more comprehensive measures are necessary to tackle the world's plastic problem.

He said, "With the capacity to process this waste not in place, it is time for regulation and behavioral change to step up reduction, recyclability and collection in order to stop spreading and accelerating plastic pollution across the globe."