Over 100 Killed In The Week Since Protests In Iraq Started 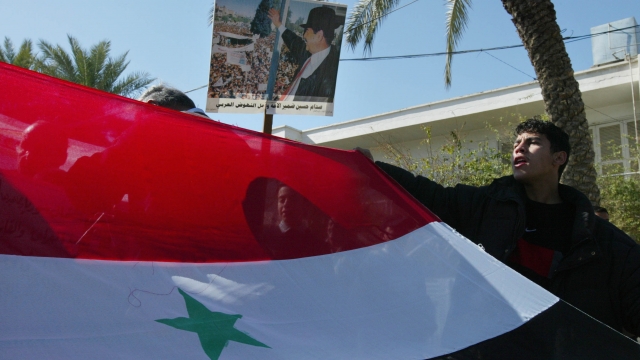 SMS
Over 100 Killed In The Week Since Protests In Iraq Started
By Alec Larson
By Alec Larson
October 6, 2019
The protests began in Baghdad and several other provinces on Tuesday.
SHOW TRANSCRIPT

Over 100 people have been killed in less than a week in Iraq, in protests that turned violent after Iraqi security forces got involved.

The protests began peacefully in Baghdad and several other provinces on Tuesday. Demonstrators say they are taking a stand against government corruption, a lack of basic services and high unemployment levels.

The government responded by instituting a curfew, shutting down the internet, and deploying police and security forces that have fired directly at protesters.

Iraq's human rights commission has called on the Iraqi government "to allow people to freely exercise their rights to freedom of expression and peaceful assembly" and has asked for the demonstrations to be managed "without resort to force."

According to Reuters, more than 6,000 have been injured in the protests since Tuesday.

Russia Thanked The U.S. For Information On Possible Terrorist Attacks