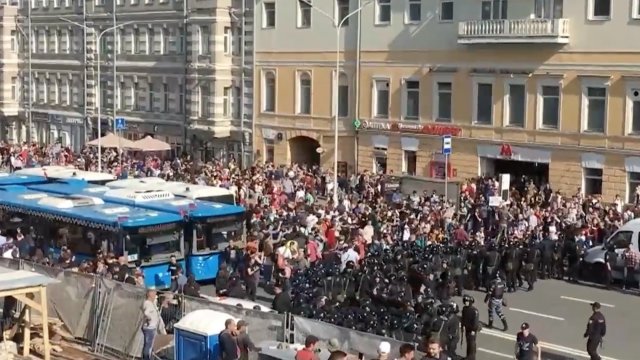 SMS
More Than 1,000 Russians Arrested In Anti-Putin Protests
By Jake Jones
By Jake Jones
May 5, 2018
Protesters chanted phrases including "Down with the czar," referring to Putin's nearly two-decade reign.
SHOW TRANSCRIPT

More than 1,000 protesters were arrested Saturday ahead of Vladimir Putin's presidential inauguration.

Russia's most prominent critic of Putin, Alexei Navalny, was also detained. Navalny organized the protests, which were focused in Moscow but took place in several cities across Russia.

Protesters chanted phrases including "Down with the czar," referring to Putin's nearly two-decade reign. 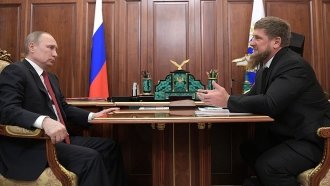 US Calls Out Russia For Chechen Violence In Human Rights Report

Putin served his first two presidential terms from 2000 to 2008. He was then prime minister for four years. During that time, the presidential term was extended to six years. Putin returned to the presidency in 2012 and was re-elected to a fourth term earlier this year. He'll be inaugurated Monday.

Large protests preceded Putin's 2012 inauguration. Hundreds of people, including Navalny, were detained then.

Russia's constitution allows a president to serve two consecutive terms but doesn't limit the total number of presidential terms. Questions about what Putin will do come 2024 are already circulating.