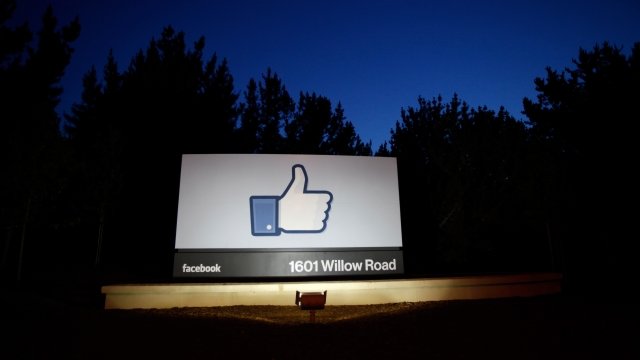 By Cristina Mutchler
November 22, 2018
The company's outgoing head of communications admitted in a blog post that he asked a PR firm to "do work on" billionaire George Soros.
SHOW TRANSCRIPT

An outgoing Facebook executive is fessing up to one of the claims in a recent bombshell New York Times report.

In a blog post published Wednesday, outgoing head of communications Elliot Schrage admitted he was responsible for hiring conservative firm Definers Public Affairs, and that he asked them to "do work on" billionaire George Soros.

According to Schrage, the attack on Soros stems from a comment the liberal philanthropist made, calling Facebook a "menace to society." Schrage says he directed Definers to determine if Soros had any financial motivation for that critique.

The admission is in reference to New York Times reporting that made staggering accusations about the company's culture and practices. It outlined wide-ranging lobbying efforts as a form of damage control for Facebook's role in Russian election interference. That included hiring Definers to dig up and publish dirt on Facebook's critics and competitors. It also involved portraying Soros as being linked to an anti-Facebook movement.

It's significant because at the time, Facebook CEO Mark Zuckerberg and COO Sheryl Sandberg denied knowing about Definers or its work. Zuckerberg has since said that the social media platform has ended its relationship with the firm, and will make sure it's not working with similar companies in the future.

He announced in June that he'd be leaving the company.