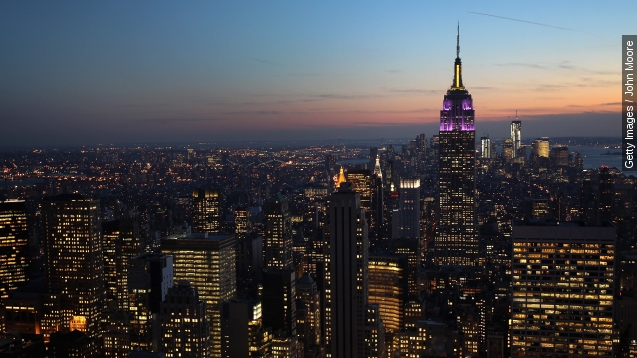 Three were killed and four injured when an out-of-control car in New York City ran through a group of trick-or-treaters Saturday night.

An out-of-control car ran through a crowd of trick-or-treaters in New York City on Saturday night, killing three, including a 10-year-old girl.

Sixty-five-year old Louis Perez and his granddaughter were pronounced dead at the scene. Twenty-four-year-old Kristian Leka, who was out with his younger sister, was also killed. (Video via News 12 The Bronx)

Another of Perez's granddaughters suffered a non-life threatening injury. Both Perez and Leka reportedly pushed most of the kids out of the way just before the car hit the group. (Video via WABC)

Perez's wife told the New York Daily News, "He was a hero then and a hero now." And Leka's family member said the 24-year-old saved his sister before "the car hit him, and he went into the wall."

Four people in total were injured, including the 52-year-old driver who was reportedly in serious yet stable condition. It's not yet clear why the crash occurred.

New York Post says police believe the driver may have had a seizure while behind the wheel. WABC reports, as of Sunday morning, no charges have been filed.