Out Of Breath After Running To Catch The Bus? You're Not The Only One 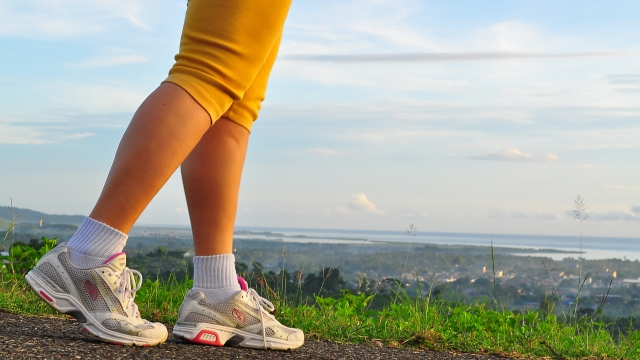 SMS
Out Of Breath After Running To Catch The Bus? You're Not The Only One
By Matt Moreno
By Matt Moreno
April 4, 2016
Newly released statistics say nearly half of Britons reported being out of breath just from running to the bus.
SHOW TRANSCRIPT

Out of breath just from running to catch the bus? Well, new statistics from the British Heart Foundation suggest you're not alone.

Additionally, 1 in 5 adults said they could only run 100 meters — a little less than the length of a football field.

Roughly 47 percent of respondents said they felt they could run a mile — but 3 out of 10 of those said they hadn't done so in the last 10 years.

One BHF nurse said, "These statistics are concerning, and paint a worrying picture about the nation's fitness levels. ... Keeping physically active is one of the best ways to help build a strong and healthy heart."

The statistics were recently made public in part to raise awareness about the BHF's MyMarathon fundraising campaign. It's a 26.2-mile challenge at your own pace and an effort to fight heart disease.

Heart disease is the world's leading cause of death, responsible for 17.3 million deaths a year. That number is expected to grow to 23.6 million by 2030.