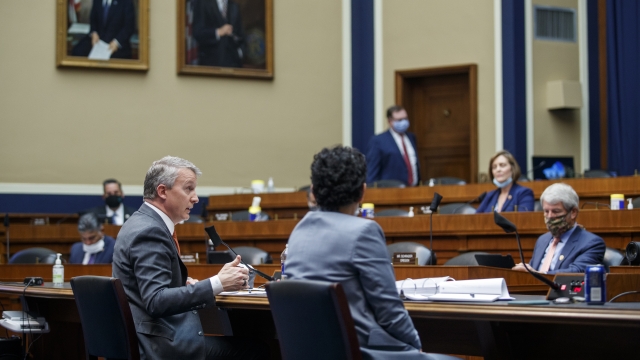 The nation's former top vaccine official who was removed from his job earlier this year is now alleging the Trump Administration is continuing to retaliate against him.

Dr. Rick Bright amended his whistleblower complaint filed with a federal watchdog agency adding that Health and Human Services Secretary Alex Azar told employees to make it as difficult as possible for Bright to do his new job.

His complaint says Azar told another HHS employee that "if anyone were to help Dr. Bright be successful, 'there would be hell to pay.'"

Bright served as the director of the Biomedical Advanced Research and Development Authority until April when he was transferred to another post within the National Institutes of Health.

Bright's initial whistleblower complaint alleged he was removed from his job in retaliation for refusing to promote hydroxychloroquine as a treatment for coronavirus.

A spokesman from HHS called Bright's allegations misleading. He said Bright's "whistleblower complaint is filled with one-sided arguments and misinformation that have been completely debunked."

Additional reporting by Ricardo Alonso-Zaldivar of the Associated Press.