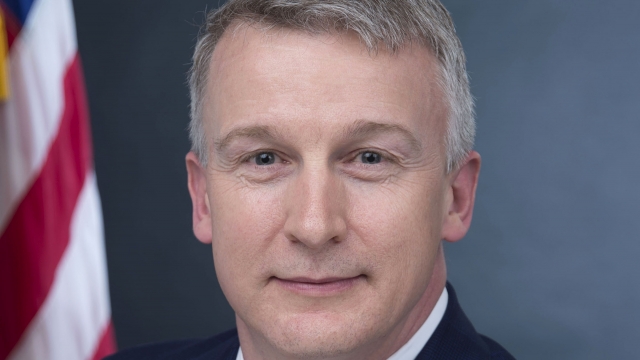 SMS
Ousted Vaccine Expert To Testify Before Congress Thursday
By Katherine Biek
By Katherine Biek
May 14, 2020
Dr. Rick Bright was the director of the Biomedical Advanced Research and Development Authority before he was reassigned to a lesser role in April.
SHOW TRANSCRIPT

A former top vaccine expert who was removed from his job earlier this year is testifying before a House subcommittee Thursday.

In his prepared opening statement, Dr. Rick Bright will warn that "2020 will be the darkest winter in modern history" if the federal government doesn't come up with a plan to deal with a resurgence of COVID-19 in the fall.

Bright used to be the director of the Biomedical Advanced Research and Development Authority before he was reassigned to a lesser role within the National Institutes of Health in April.

Bright later filed a whistleblower complaint, alleging he was removed from his job in retaliation for refusing to promote hydroxychloroquine as a treatment for coronavirus. President Donald Trump has often called the drug a success even though recent studies found it has no benefit to recovery.

Bright plans to expand upon his complaint Thursday. He will testify that he "faced hostility and marginalization from [Health and Human Services] officials" after he tried to warn the White House and members of Congress about the need to ramp up production of critical supplies.

According to his testimony, Bright will say, "As I reflect on the past few months of this outbreak, it is painfully clear that we were not as prepared as we should have been. We missed early warning signals and we forgot important pages from our pandemic playbook."

Bright's testimony will come just days after Dr. Anthony Fauci told members of Congress the "consequences could be really serious" if states move too quickly to ease stay-at-home restrictions.