Our Fascination With The Failings Of Driverless Cars 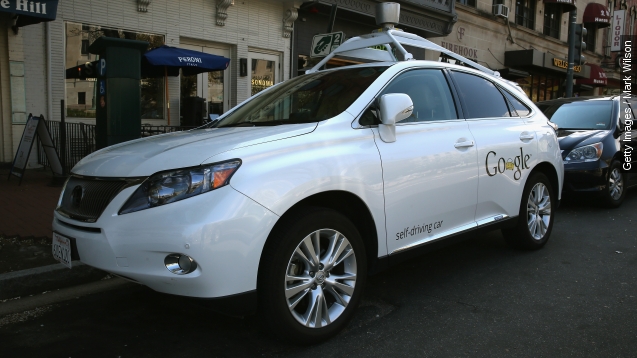 SMS
Our Fascination With The Failings Of Driverless Cars
By Evan Thomas
By Evan Thomas
June 26, 2015
The media loves a good driverless car wreck. Is the scrutiny helping or hurting the industry?
SHOW TRANSCRIPT

You can’t help but stare at car wrecks, and for the media, this seems to be especially true when it comes to driverless cars. (Video via Insurance Institute for Highway Safety)

Why do we make so much noise when the robots run into trouble? (Video via Google)

Consider recent reports of how two autonomous vehicles — one from Delphi and one from Google — "nearly collided" in California.

Representatives of both companies later clarified to Ars Technica the reality was a lot less dangerous than the headlines made it out to be.

A Delphi spokesperson explained: “Upon detecting that the lane was no longer open it decided to terminate the move and wait until it was clear again.”

So — at least to hear Delphi tell it — this was less “autonomous cars suffer near miss” and more “car waits a bit longer before it changes lanes.” Not quite as exciting, to be fair. (Video via Delphi Auto)

In recent months the media has also made much of autonomous vehicles’ crash records.

“Google facing some roadblocks: the company admitting that its driverless cars have been involved in nearly a dozen accidents over six years. But California lawmakers are backing Google, setting laws to shield it from unwanted scrutiny,” said Maria Bartiromo on Fox Business.

“Even if it was a fender-bender, which is what the company says, it could show more serious problems with the technology that could lead to more serious accidents,” Consumer Watchdog president Jamie Court told CBS.

Google has disclosed 11 “light damage” accidents over the course of six years and 1.7 million combined miles of driving, and says its cars were never at fault in the crashes.

As we reported then, it’s not easy to say exactly how this compares to the crash ratio for human-piloted vehicles: the data suggests most of those minor events are never recorded in the first place.

All the same, says one writer at Singularity Hub, it’s not necessarily the best idea to take these rebuttals at face value.

“The rational human has to be skeptical when the only source of information you have is a prime maker and proselytizer of the technology in question.”

In other words, some of the headlines that jump on new statistics could be justified. Driverless cars are new tech that Google keeps pretty quiet about until it has good news to share.

A writer at Pocket-lint asks: “If we're being asked to put our faith in autonomous vehicles, should we be told more about what's happening to them?”

It might be a matter of time. Tesla CEO Elon Musk, for example, says while his company is very much in support of people being able to drive their own vehicles, society’s view on driving could change as pilotless vehicles gain traction. (Video via Tesla Motors)

“People may outlaw driving cars because it's too dangerous. You can't have a person driving a 2-ton death machine,” he said at a recent tech conference. (Video via CNBC)

Still, that bright — or dark — future is some time off. For now, Google’s cars will keep emergency humans riding shotgun to take over when needed. (Video via Google)

This video includes images from Getty Images and Delphi Auto.