Our Attention Span Is Shorter Than That Of A ... Oh, Look! 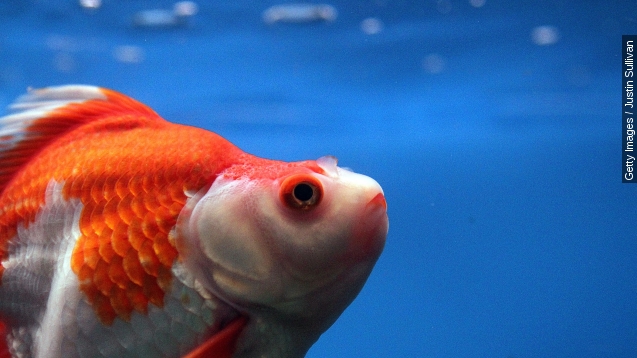 SMS
Our Attention Span Is Shorter Than That Of A ... Oh, Look!
By Christine Slusser
By Christine Slusser
May 14, 2015
Our attention spans have shortened in the digital age, according to a Microsoft study, and now even goldfish have greater focus than we do.
SHOW TRANSCRIPT

A new study from Microsoft found our memories are actually worse than that of Dory.

"I forget things almost instantly. It runs in my family," Dory said in the movie "Finding Nemo."

OK, so it actually said worse than a goldfish, but we couldn't find any cute animated goldfish to open on.

Anyway ... what were we talking about? Oh, yeah. According to Microsoft Canada, the average human attention span in 2000 was 12 seconds. In 2013, it was eight seconds.

The attention span of a goldfish? Nine seconds. That's kind embarrassing on our end, dontcha think?

And we did it to ourselves. The short attention span is the fault of man-made machines ... technology!

The study broke attention span down into three categories: Sustained, which is prolonged focus, Selective, which is avoiding distraction and Alternating, which is switching between different tasks.

The first part of the study was a survey of 2,000 Canadians, the next part was neurological research with 112 Canadian participants.

No surprise, long term focus "erodes" (that's their word, not ours) with the more screen-time and social media usage.

But there could be a silver lining in all of this. Something we humans have that goldfish don't. And it kind of sounds like a super power.

Our brains can produce BURSTS! Neurological readings produced during the study found higher usage of social media increased "short bursts of high attention." Kind of like a super ultra-focus power that only comes in short waves. Neato peato.

But we're gonna kill your buzz. The study found that overall, "digital lifestyles have a negative impact on prolonged focus."

But don't worry, you'll probably forget that soon enough. Or, maybe you haven't even made it this far into the video. As a Time article notes, just congratulate yourself for making it this far.

The study did find those with "digital lifestyles," are better at processing information at once. So, there's that. Oh, look!

This video includes music by Broke For Free / CC by 3.0.