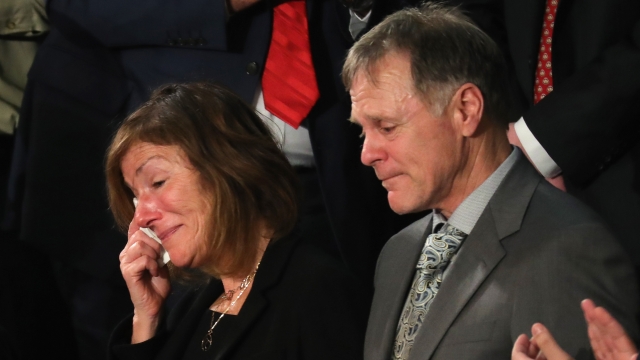 The parents of an American man who died not long after being released by North Korea have filed a claim for a cargo ship seized from that country.

CNN reports a judge said North Korea owed Otto Warmbier's parents over $500 million dollars awarded in a wrongful death suit. The Warmbiers say the cargo ship could be sold to help pay off the court judgment.

The ship was seized in May by the U.S. forces, who alleged it was operating in violation of sanctions by delivering coal for sale to other countries. The U.S. claims North Korea uses coal revenues to fund its nuclear weapons program.

Otto Warmbier was on a trip to North Korea in 2016 when he was detained by authorities. He was imprisoned for more than a year before being returned to the U.S. By then, he was was deaf and blind and had severe brain damage from his treatment. He died soon after his return.

Since North Korea made no effort to settle the wrongful death suit, the Warmbier's are left to try and collect the money in whatever way they can.