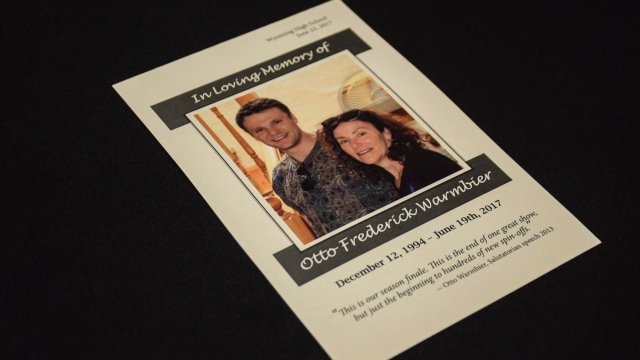 The parents of deceased college student Otto Warmbier are seeking more than $1 billion from North Korea.

Warmbier's parents filed a wrongful death lawsuit against North Korea back in April, saying the country "brutally tortured and murdered" their son.

Warmbier was arrested in North Korea in 2016 for trying to steal a propaganda sign, and was sentenced to 15 years of hard labor in prison. He was released and returned to the U.S. after 17 months, but was in a coma and had suffered major brain damage. He died a few days later. North Korea has denied torturing Warmbier, saying he fell ill shortly after his conviction.

Americans usually can't sue foreign governments, but because North Korea is listed as state sponsors of terrorism, Warmbier's family can sue for punitive damages. They're asking for a little more than $1 billion dollars in punitive damages and about $46 million for the family's suffering, according to the Cincinnati Enquirer. The motion says the large amount is in hopes of getting North Korea to "change its unlawful behavior in the future."