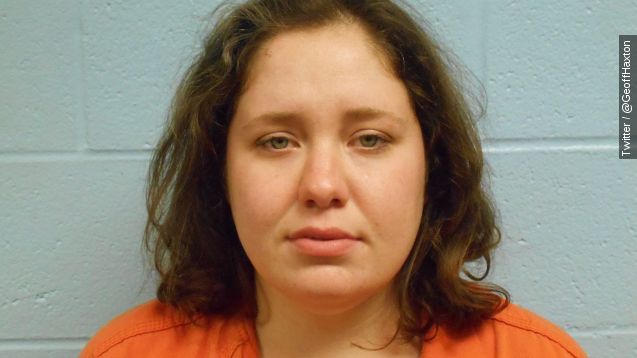 Police have charged 25-year-old Adacia Chambers with four counts of second-degree murder after she allegedly drove her car through a crowd of people at the Oklahoma State University homecoming parade Saturday.

Four people were killed and dozens injured after a car barreled into the crowd.

The murder charges added Sunday are in addition to the initial DUI charge from her arrest. Oklahoma State University officials say Chambers isn't registered as a student. (Video via KOTV)

Eight critically injured people were flown by helicopter to nearby hospitals, according to the Stillwater Police Department. Twenty-six more people were injured, nine seriously. Three victims were killed at the scene; the fourth, a 2-year-old, passed away at OU Medical Center late Saturday. Five people were in critical condition as of Sunday evening. (Video via KFOR)

According to ABC News, Chambers' attorney does not think she was under the influence at the time of the accident. He said, "There was a period where I think for a lack of a better term, she might've blacked out ... in my opinion, Ms. Chambers suffers from a mental illness — exactly what type is unkown."

NewsOK reports Chambers was with family members the night before the crash. They say she did not consume any alcohol that night and her boyfriend says she was sober when she left for work Saturday morning. Chambers will have an initial court appearance Monday.