#OscarsSoWhite Leads To Historic Membership Change At The Academy 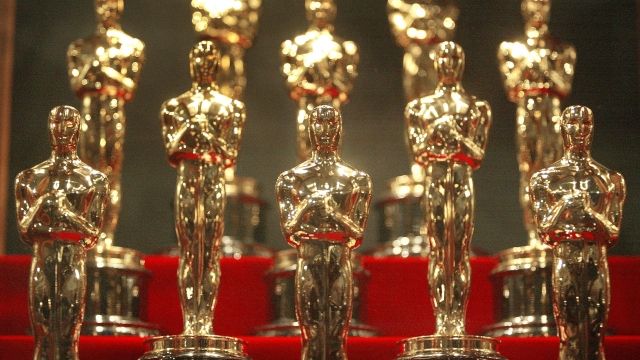 SMS
#OscarsSoWhite Leads To Historic Membership Change At The Academy
By Lexie Hammesfahr
By Lexie Hammesfahr
January 22, 2016
The academy hopes to address criticisms with three new seats on the board of governors, a revisal in membership requirements and a new diversity goal.
SHOW TRANSCRIPT

Celebrities continue to speak out in support of — and against — the proposed Oscar boycott over a lack of diversity in the nominees.

The backlash started when the academy didn't nominate a single person of color in any of the four acting categories. It's the second year in a row that it's happened since 1996.

Will Smith and Jada Pinkett Smith have already said they won't be attending the ceremony, but some people are starting to point out that the issue doesn't fully lie within the academy; it's a more widespread problem in the film industry and even the U.S.

A lot of industry heavyweights are calling for a reform of the system, which includes expanding the number of roles written and cast for people of color.

Lupita Nyong'o posted her thoughts on Instagram, saying, "I stand with my peers who are calling for change in expanding the stories that are told and recognition of the people who tell them."

For nominee Mark Ruffalo, the issue reflects a need to look at racism in the criminal justice system. Though he supports the ban's intentions, he tweeted that he will attend the Oscars "in support of the victims of clergy Sexual Abuse and good journalism."

But Oscar nominee Charlotte Rampling disagrees with the ban. She told radio station Europe 1 that the boycott is "racist to white people." She followed that and said, "We can never know whether it's truly the case, but maybe the black actors didn't deserve to make the final list." (Video via Sundance Selects / "45 Years")

Michael Caine — who is not nominated — said this: "There are loads of black actors; I think in the end you can't vote for an actor (just) because he's black." He added: "Of course it will come. It took me years to get an Oscar." (Video via Fox Searchlight Pictures / "Youth")

It's important to remember that even the more outright snubs, including "Straight Outta Compton" for best picture and "Beasts of No Nation" actor Idris Elba for supporting actor, could partially be the result of one of the most competitive Oscar races in years.

Another thing: The number of films starring white people significantly outweighed the number of films with leads of a different race. So this challenge is really one for the studios, though according to critics, it wouldn't hurt to diversify the academy and re-evaluate its voting process.

And the academy listened. In a statement issued Friday morning, the academy has established a goal to double the number of diverse members by 2020. It will also establish three new seats on the board of governors and change the criteria for lifetime voting rights.