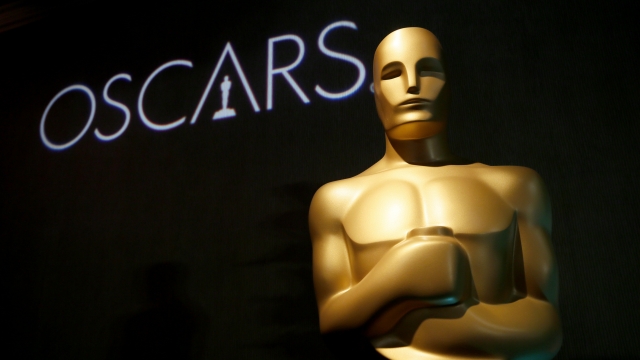 Lauren Magarino: "For the Oscars' Best Picture category, inclusion will soon be a requirement. Newsy's Katherine Biek joins me to discuss how the award show is addressing underrepresentation in the film industry. Katherine, what criteria will potential best picture nominees have to meet?"

Katherine Biek: "Well, the academy has created these inclusion standards in large part to address the 2016 #OscarsSoWhite controversy where all of the acting nominees were white.

"So, starting in 2024 any films submitted for best picture will need to meet two of the following four standards. The first standard is the only one that audiences will actually see, and that's because it's on-screen representation. To meet this, a film can either have one of its main characters be Black, Hispanic, Asian, Middle Eastern, etcetera. It could have at least 30% of its more minor roles be women LGBTQ actors, people of color or people with disabilities or have the film's main storyline be centered on one of those underrepresented groups.

The other three standards are behind the scenes of involvement, including hiring the same groups of people for creative leadership roles within various departments, like cinematography, casting, production design and marketing that's that audience development bullet what you see on your screen. It could also offer work trade to those underrepresented groups.

"So, again, all of this starts in 2024, and it will only affect the Best Picture category. All of the other award categories are going to keep their current eligibility requirements.

Magarino: "You mentioned Oscars So White, which first came out about five years ago, which blows my mind that it was that long ago. But how else has the academy tried to diversify its ranks?"

Biek: "It's mainly been trying to do this by inviting a wide variety of industry professionals to be members. And this is important because it's those Academy members who ultimately decide which films are going to win each year. So ideally, this should be a very diverse group of individuals. And earlier this summer, the Academy met its goal to double both the number of women and people of color amongst its ranks. But that being said, once people are invited to join, they can being members for life, though the vast majority of its members are still older White men, Lauren."