Oscars Organizers Say The Show Will Focus On Films, Not #MeToo 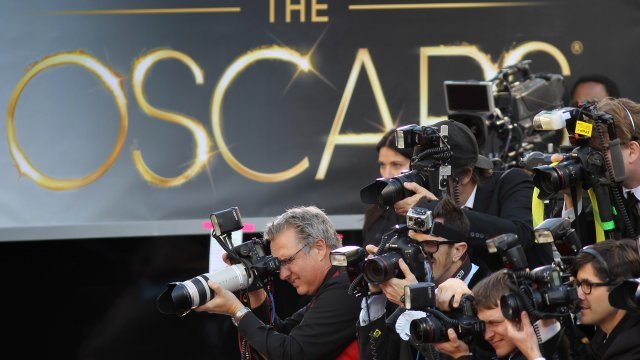 SMS
Oscars Organizers Say The Show Will Focus On Films, Not #MeToo
By Gabrielle Ware
By Gabrielle Ware
March 4, 2018
Some recent awards ceremonies have been used as platforms to raise awareness for #MeToo and other anti-sexual harassment movements.
SHOW TRANSCRIPT

Producers showcasing their work at this year's Academy Awards say amid the #MeToo movement, they want this ceremony to be about the films.

Movies may have taken a back seat at recent awards ceremonies.

Many actresses wore black to the 2018 Golden Globe Awards to protest sexual misconduct. And Oprah Winfrey gave an acceptance speech highlighting social issues that was so rousing, it prompted questions of a 2020 presidential run.

And this year's Screen Actors Guild Awards had only female presenters.

Jimmy Kimmel will host the Oscars for the second year in a row. He said Tuesday he won't be commenting on #MeToo  because, "This show is not about reliving people's sexual assaults."