Oscars Kick Off With Beyoncé, Awards For 'Dune' And DeBose 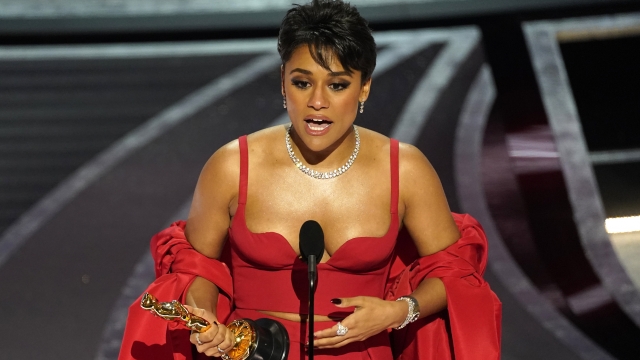 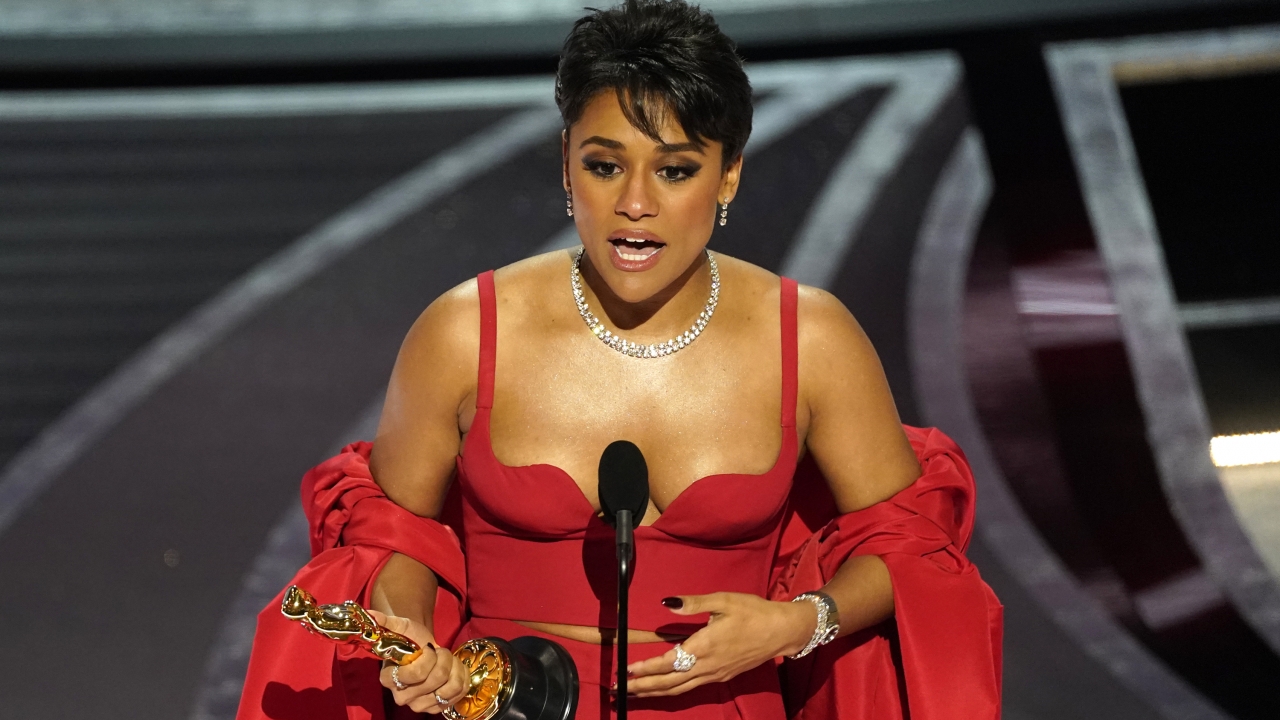 The 94th Academy Awards kicked off with Beyoncé, a string of awards for Denis Villeneuve's science-fiction epic "Dune" and a trio of Oscars hosts in Wanda Sykes, Amy Schumer and Regina Hall.

From inside Los Angeles' Dolby Theatre, Venus and Serena Williams, whose childhood is dramatized in the Will Smith-led "King Richard," began the broadcast by introducing Beyoncé. She performed the film's nominated song, "Be Alive," in an elaborately choreographed performance from a lime-colored, open-air stage in Compton, where the Williams sisters grew up.

"All right, we are here at the Oscars," began Hall back at the Dolby. Sykes finished: "Where movie lovers unite and watch TV."

Sykes, Schumer and Hall breezily joked through prominent Hollywood issues like pay equity — they said three female hosts were "cheaper than one man" — the Lady Gaga drama that Sykes called "House of Random Accents," the state of the Golden Globes (now relegated to the memoriam package, said Sykes) and Leonardo Di Caprio's girlfriends. Their most pointed political point came at the end of their routine, in which they promised a great night and then alluded to Florida's "Don't Say Gay" bill.

"And for you people in Florida, we're going to have a gay night," said Sykes.

The first broadcast award went, fittingly, to Ariana DeBose, who became the first openly LGBTQ actor and first Latina to win best supporting actress. Her win came 60 years after Rita Moreno won for the same role in the 1961 original "West Side Story." DeBose thanked Moreno for leading the way for "tons of Anitas like me."

"You see an openly queer woman of color, an Afro-Latina, who found her strength and life through art. And that is, I think, what we're here to celebrate," said DeBose. "So if anyone has ever questioned your identity or you find yourself living in the gray spaces, I promise you this — there is indeed a place for us."

The Academy Awards got underway Sunday off-camera, with the first eight awards on the night being handed out at the Dolby Theatre before the start of the ABC telecast. The Dolby was largely full in time for the 7 p.m. EDT pre-show, dubbed the "golden hour" by the academy. Speeches were later edited into the broadcast.

It was a strange and controversial beginning to the first fully in-person Oscars in two years. Earlier this month, more than 70 Oscar winners, including James Cameron, Kathleen Kennedy and Guillermo del Toro, warned that the shift would turn some nominees into "second-class citizens."

"Dune" got out to an early lead it was likely to keep through the night, winning six Oscars for its majestic craft. The biggest blockbusters of this year's 10 best-picture nominees, "Dune" won for production design, cinematography, editing, visual effects, sound and Hans Zimmer's score. Though it's not favored in the top awards, "Dune" was widely expected to clean up in the technical categories.

Greig Fraser's cinematography win denied one chance for Oscar history. Some had been rooting for Ari Wenger, who lensed Jane Campion's "The Power of the Dog," to become the first woman to win best cinematography, the sole Oscar category that has never been won by a woman in the Academy Awards' nine decade-plus history

Best makeup and hairstyling went to Linda Dowds, Stephanie Ingram and Justin Raleigh for "The Eyes of Tammy Faye." That film's star and producer, Jessica Chastain, had been among the many academy members who thought all the awards should have been handed out live during the broadcast. Chastain hugged each winner as they took the stage.

"I just hope that each and every day on set everyone takes a moment to just look around and look at all those talented people who work hard," said Dowds, the make-up artist.

"This is for everyone who feels like they're stuck in No Man's Land," said Ahmed. "You're not alone. We'll meet you there."

But after two years of pandemic, and beneath a warm California sun Sunday, a Hollywood rite of glamour again got into swing, with a jammed red carpet and a COVID-tested audience. The early hour of awards was one of many shifts, both slight and tectonic, around this year's ceremony. After a socially distanced 2021 edition, the Academy Awards sought to recapture their exalted place in pop culture with a revamped telecast that's expected to see a streaming service win best picture for the first time.

The film industry recovered significantly from the pandemic in 2021, but despite one of the biggest hits in years in "Spider-Man: No Way Home," the rebound has been fitful. The global movie industry sold about half the tickets last year as it did two years ago, $21.3 billion in 2021 compared to $42.3 billion in 2019, according to the Motion Picture Association. Hollywood pushed more of its top films directly into homes than ever before; half of this year's 10 best-picture nominees were streamed at or very near release. Even the film academy shifted entirely to a streaming platform for voters, rather than DVD screeners.

Then there were the challenges of commanding worldwide attention for a night of Hollywood self-congratulation after two years of pandemic and while Russia's war ravages Ukraine. Some stars, like Sean Penn, have lobbied the academy to have Ukrainian President Volodymyr Zelenskyy speak at the ceremony. A small number of blue ribbons supporting Ukraine could be seen on the red carpet.

Netflix's "The Power of the Dog," Campion's gothic western, comes in with a leading 12 nominations and a good chance of snagging the top award. But all the momentum is with Sian Heder's deaf family drama "CODA," which, despite boasting just three nods, is considered the favorite. A win would be a triumph for Apple TV+, which acquired the movie out of the Sundance Film Festival last year and has spent big promoting it to academy members.

Producers lined up a star-studded group of performers including Billie Eilish and the "Encanto" cast will perform Lin-Manuel Miranda's breakout hit "We Don't Talk About Bruno." (Miranda, however, wasn't in attendance after his wife tested positive for COVID-19.) Also planned: anniversary celebrations for Francis Ford Coppola's "The Godfather" (50 years old) and James Bond (60).

Behind the change is alarm over the Oscars fast-falling ratings. While drops have been common to all major network award shows, last year's show attracted only about 10 million viewers, less than half of the 23.6 million the year before. A decade ago, it was closer to 40 million.

To help restore the Oscars' position, some argued in the lead-up to this year's awards that a blockbuster like "Spider-Man: No Way Home" should have been nominated for best picture. It was nominated for just visual effects. Instead, a wide gamut of films are in the hunt, ranging from the much-watched Netflix apocalyptic comedy "Don't Look Up" and the roundly acclaimed three-hour Japanese drama "Drive My Car."

One thing producers have promised: the night's final award will be best picture. Last year's show concluded awkwardly with the unexpected presentation of best actor to a not-present Anthony Hopkins.